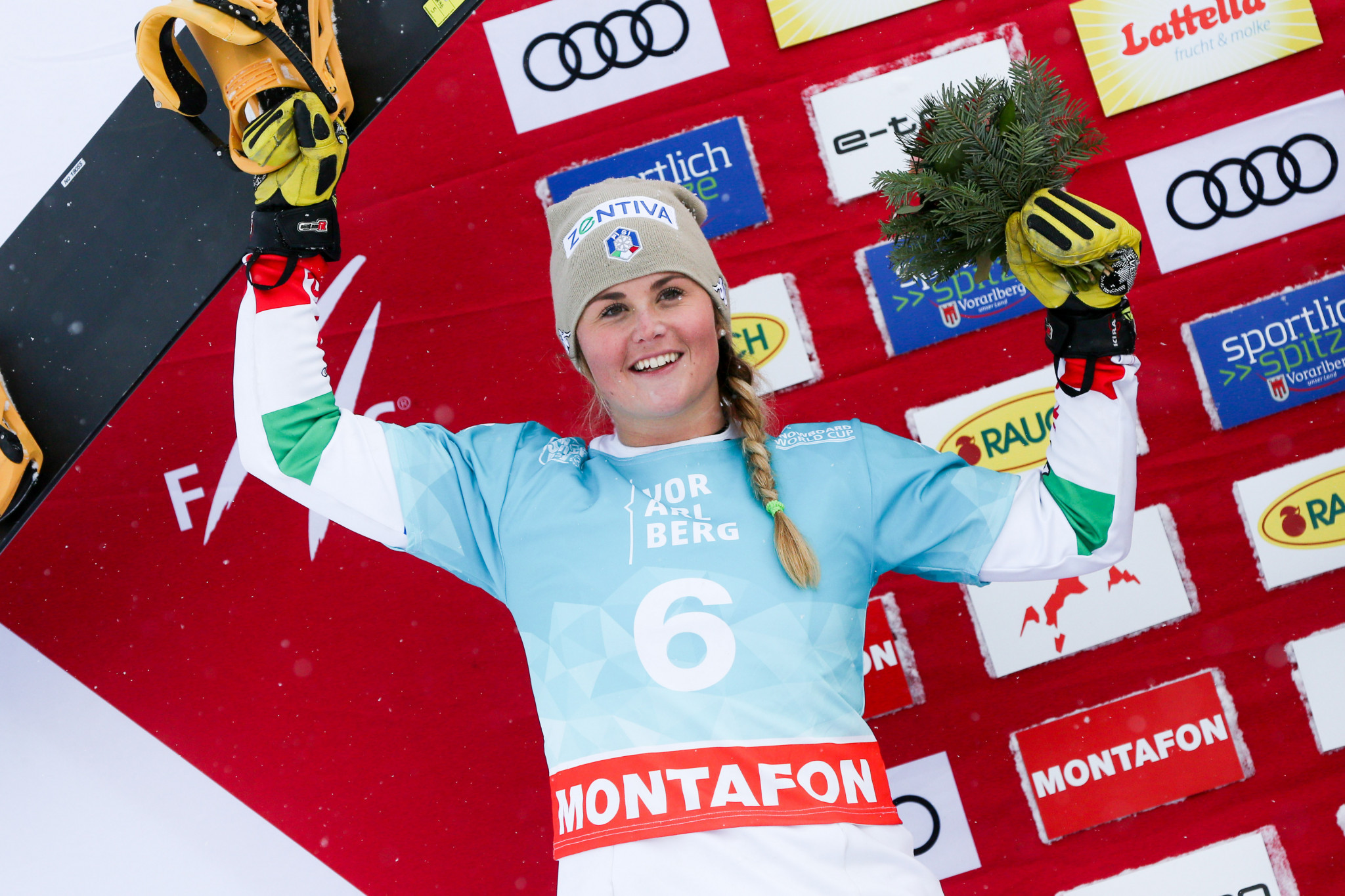 Omar Visintin and Michela Moioli made it gold for Italy in both the men's and women's finals in leg three of the International Ski Federation (FIS) Snowboard Cross World Cup in Big White, Canada.

Both had previously made the podium this season with Visintin claiming bronze in the opening leg in Montafon, Austria; the same place where Moioli won silver before going on to win the following leg in Cervinia, Italy.

Visintin made the final after winning his semi-final, which saw World Cup leader Alessandro Haemmerle of Austria fail to qualify with Switzerland's Kalle Koblet making the final with him in second alongside United States' Alex Deibold and the in-form Canadian, Éliot Grondin.

The young Canadian burst out the gate and controlled most of the race from the front but his plans of winning his first World Cup event in front of a home crowd were scuppered when the experienced Italian generated enough speed to come past him in the final rollers.

Deibold, who sat in third throughout the race, rounded off the podium, but it was a momentous silver for Grondin, who took his first World Cup medal at the age of 18.

"It was a really tight race. Eliot was in first almost throughout the entire race," said Visintin, "I knew I had to pass him in that second-last turn, it was my only chance and I took it."

Moioli continued her impressive form in the World Cup making it three podiums from three races in the women's event.

With top names Lindsey Jacobellis of United States and France's Chloe Trespeuch crashing out in the opening rounds; and Czech Republic's Eva Samková, the only woman to beat Moioli in this year's World Cup, being knocked out in the semi-finals, it left the final wide open.

Moioli took the early lead ahead of Moenne Loccoz and Brutto with Brockhoff trailing - but the Australian used the banks well to build up speed, overtaking the French snowboarder who seemed to be doing the opposite.

Brutto also took advantage as she rounded off the podium behind Brockhoff and comfortable leader from start to finish, Moioli, ensuring that three of the six medals today went to Italian athletes.

"It was really foggy, but the course was a lot of fun," said Moioli, "It was an old school course with eight turns which made for really tight racing.

"This morning I really didn’t think that I could win, but I made it and I am super, super happy."

Moioli sits almost a full race win ahead of second place Brockhoff in the World Cup standings with Visintin moving into second in the men's standings behind Haemmerle.