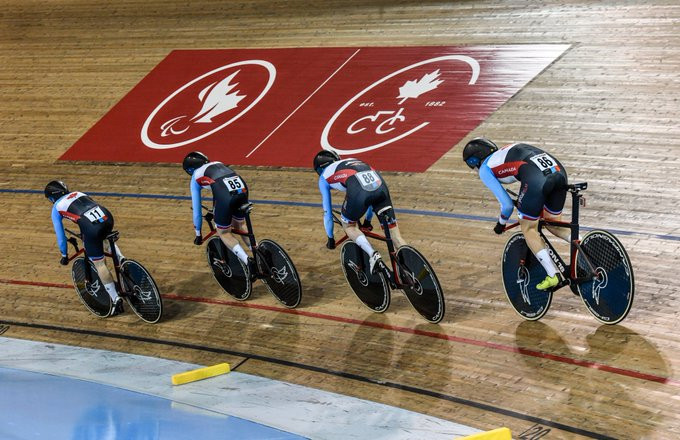 Both teams reached the final of the team sprint, but lost out in the gold medal race, although their performance was good enough to win the overall series title.

France took victory in the men’s team sprint following a highly anticipated final with Poland, with little between them in qualifying and the first round.

Both finished in the top two in both stages before the gold medal race and despite a strong start, France were comfortable in the final lap, securing overall bronze in the World Cup.

China’s lead in the bronze medal match was never threatened by Germany as they took an early lead and held on by 0.343 seconds.

In the women’s equivalent, Poland were pushed into silver again – this time by Canada who turned around an early Polish lead to take gold.

Despite being fourth in qualifying, the gold medallists posted their fastest time in the final, unlike Mexico who were quickest in qualifying and progressively rode slower – losing out in the bronze medal match to Lithuania.

Top spots for both France 🇫🇷 and the USA 🇺🇸 in the Team Pursuit Qualifications, as part of the final round of the 2019/20 @Tissot UCI Track World Cup!

After dominating in qualifying and comfortably beating Ireland in the first round, there looked to be little doubt that the American team would take gold and they did so in style.

Canada took the bronze after eating into the early lead of Belgium, who lost out on overall bronze in the World Cup to France who finished behind champions Germany and the US.

In the men’s team pursuit, France lapped Italy before the 3,000 metres mark having finished top of the qualifying standards by nearly eight seconds, taking the inevitable gold medal.

Canada came out on top ahead of Belarus in the bronze medal match as they shared the lead throughout.