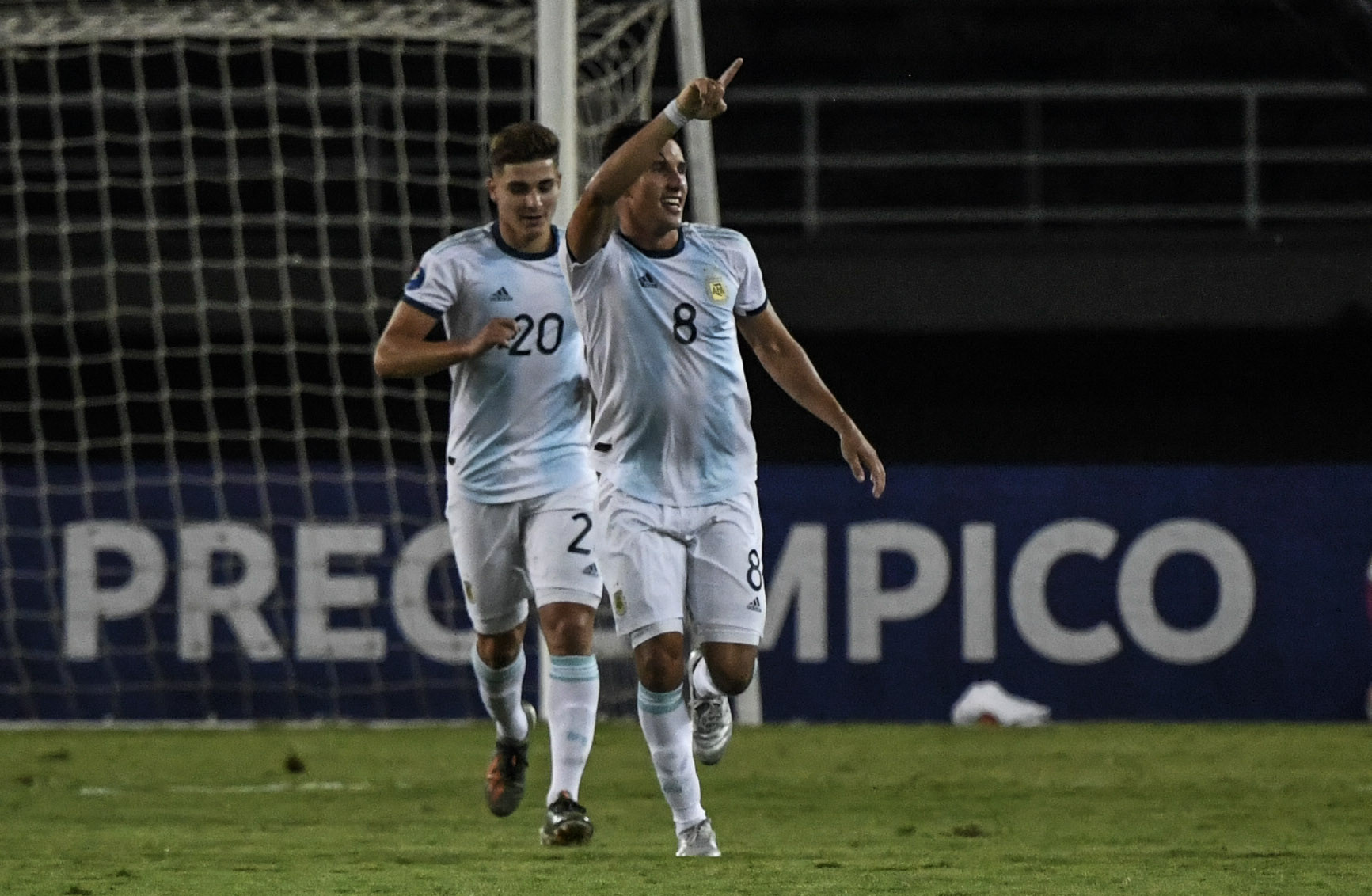 Argentina, having staged a 2-1 comeback against hosts Colombia in their first match, faced a solid Chile side yet to concede in the group after a comprehensive 3-0 win against Ecuador and scoring late to defeat Venezuela 1-0 in their last match.

That defence was picked apart inside 10 minutes at the Estadio Hernán Ramírez Villegas in Pereira when Boca Juniors midfielder Nicolás Capaldo scored after a clever assist from Julián Alvarez.

The second came from a well-worked free kick in the second-half, with Atletico Madrid centre back Nehuén Pérez securing the three points.

Chile's final match will be against Colombia to determine who will qualify in a top-two position, with the hosts currently three points behind Chile but boasting a game in hand.

In the group's earlier match, Ecuador's qualification hopes were ended after they lost a must-win game for both sides against Venezuela.

Ecuador are one of only two countries from CONMEBOL never to have qualified for the Olympic Games.

The difference was strike from Santos' Yeferson Soteldo after a defensive error left the winger in plenty of space to score the only goal of the match.

The three points keep Venezuela in with a slim chance of qualifying - but they have yet to play Argentina or Colombia.

In Group B, Bolivia, the other country yet to have qualified for the Olympics, are scheduled to play Uruguay and Peru face Paraguay tomorrow in the third round of group matches.