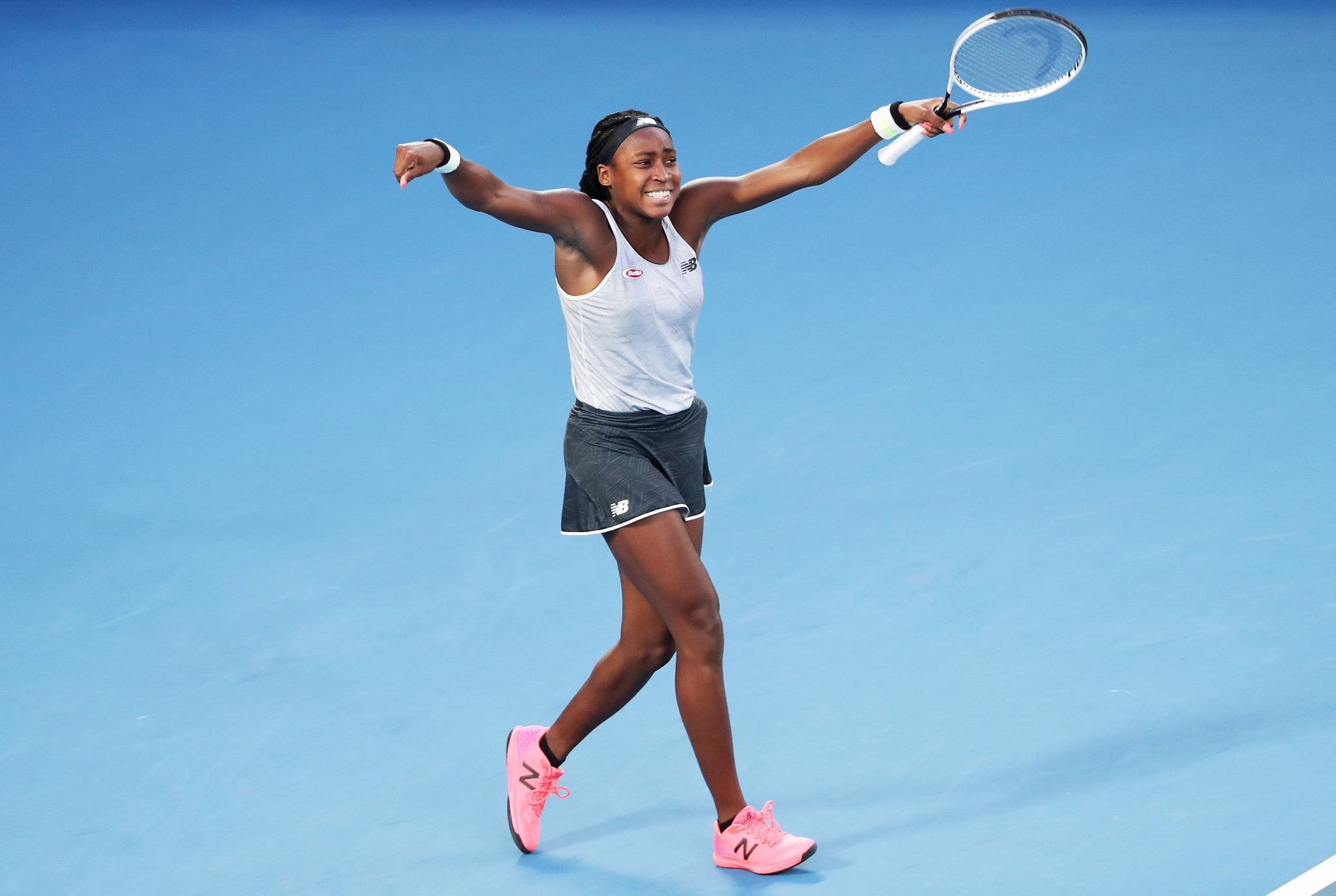 After taking just 67 minutes to defeat the 22-year-old Japanese champion, the unseeded Gauff - who defeated former champion and compatriot Venus Williams in the first round at Wimbledon last year - was understandably elated.

"I don't know where that came from," the American said.

"Two years ago I lost in the first round in juniors and now I'm here."

Osaka said: "I don't have the champion mentality yet - that is someone who can win when they are down.

"Sometimes I get overwhelmed and I don't know what to do in these situations.

"I have an age problem - I don't like losing to people younger than me.

"So I took this very personally."

BREAKING: Serena Williams loses to Wang Qiang in the third round of the Australian Open. https://t.co/kc2a5HGZcZ

Williams - beaten by Osaka in the final of the 2018 US Open as she tried to mark her comeback after giving birth - departed the competition she has won seven times.

It brought an early conclusion to her quest for a 24th grand slam singles title that would have put her level in the all-time list with Australia's Margaret Court.

Williams made 56 unforced errors to her opponent's 20, saying that was "far too many errors to be a professional athlete".

Denmark's Caroline Wozniacki, a former world number one, announced in December that she would be retiring after the tournament that had brought her a long-awaited grand slam title in 2018.

The 29-year-old Dane was diagnosed with rheumatoid arthritis in 2018.

"I think the main thing I've learned is no matter where you're from, no matter what colour of your skin, no matter if you're tall or short, big or small, it doesn't matter.

Congrats @CaroWozniacki on an amazing career. It was an honour to share the court with you today. Your fighting spirit has always inspired me and I wish you all the best in this next chapter of your life. You'll be missed but I'm sure we will see you around.

"If you have a dream and you go for it and work hard, anything is possible.

"I wanted to be number one in the world.

"People thought that I was crazy being from a small country - but I made it happen.

"I worked so hard for it every single day."

However, Novak Djokovic progressed as expected, with a 6-3, 6-2, 6-2 win over Japan's Yoshihito Nishioka.