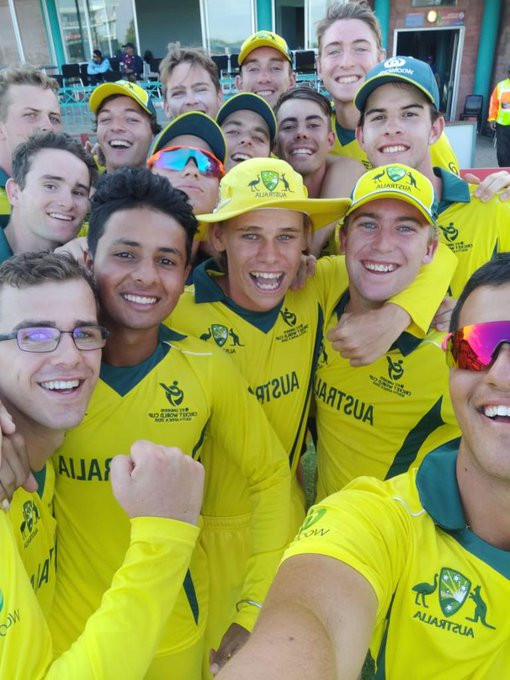 Australia beat England in a last-ball thriller to book their place in the Super League quarter-finals at the International Cricket Council Under-19 World Cup in South Africa.

Connor Sully scored a 20-ball 35 to take Australia past the finishing line in the Group B clash, finishing as their hero of the day at the Diamond Oval in Kimberley.

England had battled back excellently with the ball after Australia had reached 153-2 after 30 overs in their chase of 253, with the batting side falling to 206-8 and needing 40 from 16 balls.

But Sully hit three sixes and a four from the last four deliveries of the 48th over to pull Australia back into the contest.

Todd Murphy went on to register a four in each of the 49th and 50th overs, before Sully managed two off the penultimate ball, following a mis-field, to bring the scores level and then knocked the winning single to secure a two-wicket victory.

Australia have joined West Indies in qualifying for the Super League from Group B, while England's second defeat in as many matches means they cannot progress and their match against Nigeria on Saturday (January 25) is a dead rubber.

They finish top of Group B with three wins from three 🔝 #U19CWC | #WIvNGA | #FutureStars pic.twitter.com/fZT1etxrb5

In today's other match, West Indies thrashed tournament debutants Nigeria by 246 runs to ensure top spot in Group B with a perfect three wins from three.

Having been set a mammoth target of 304, Nigeria were bowled out for just 57 after 21.4 overs at Country Club B Field in Kimberley.

Jayden Seales shone with the ball, taking four wickets for just 19 runs from his six overs, as Nigeria succumbed to a second heavy defeat following their 10-wicket loss to Australia on Monday (January 20).

Action in South Africa is due to continue tomorrow.

India face New Zealand in Group A, while Pakistan meet Bangladesh in Group C and Afghanistan go up against Canada in Group D.