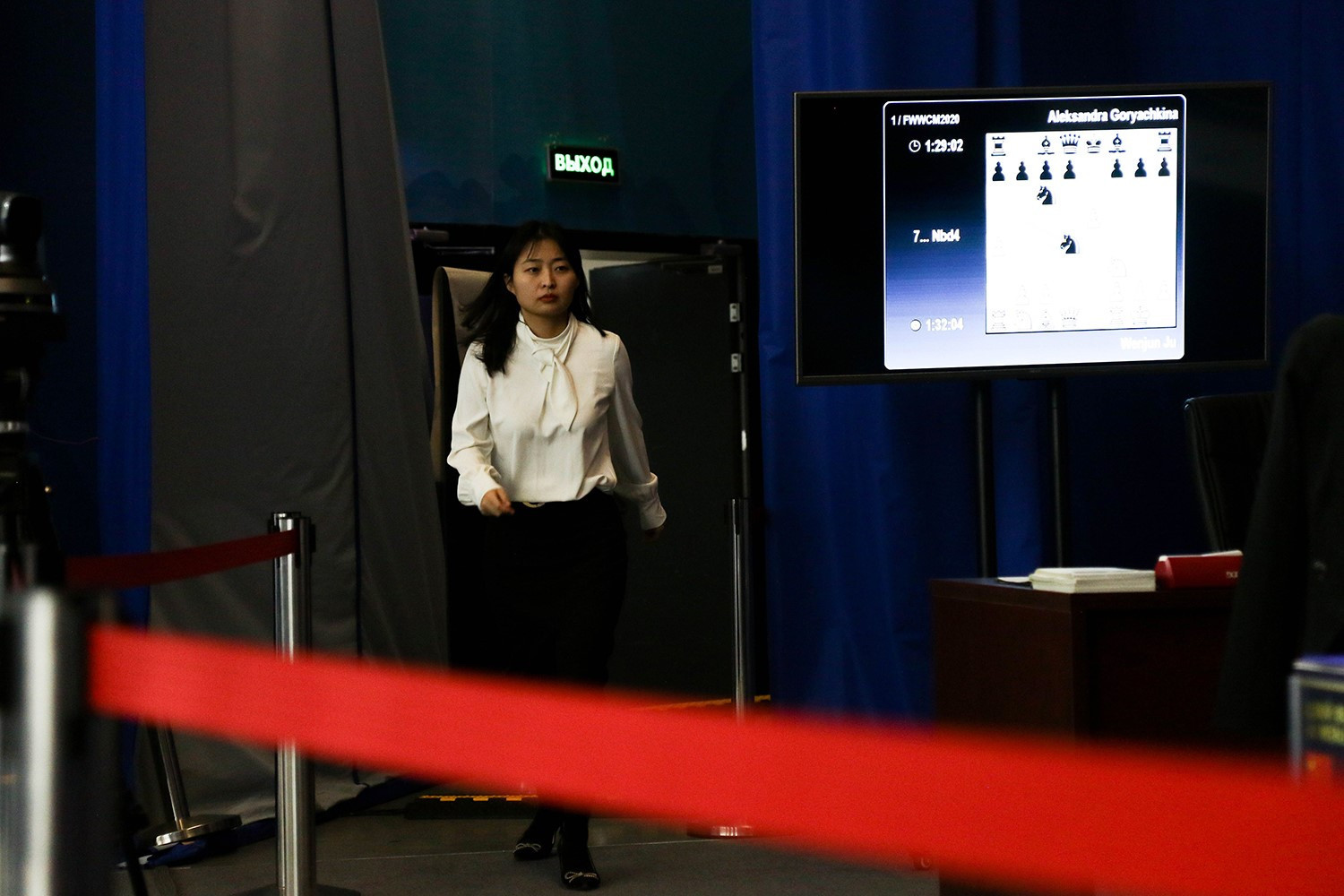 China's Ju Wenjun is on the brink of successfully defending her title at the Women's World Chess Championship, after today's penultimate game was drawn in Vladivostok.

Ju, playing with the white pieces, opted not to push for a victory which would have settled the Championship with a day to spare.

It meant that after only 20 moves a draw was almost certain, and hands were shook after the minimum 40 moves was reached.

The game was by far the shortest of the Championship so far, lasting little more than an hour.

Most of the first 10 games all went into their fifth hour of play.

Goryachkina will have the more advantageous white pieces tomorrow when attempting to keep the Championship alive.

She led 4½-3½ after winning game eight, but Ju then won twice in a row to take command.

The Russian can take hope from Ju's struggles with the black pieces throughout the event so far, however.

Ju had home advantage for the first six games in Shanghai, before the Championship moved to Vladivostok in Russia.