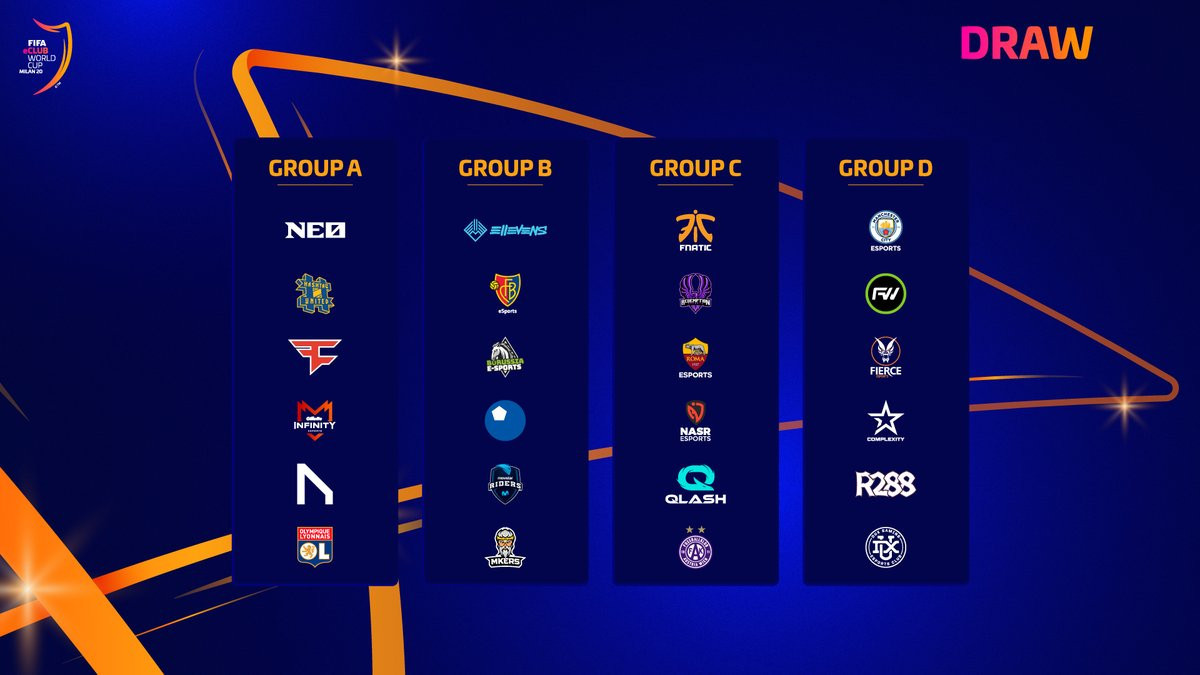 Groups for the 2020 FIFA eClub World Cup have been confirmed ahead of the tournament in Milan in February.

The 24 teams were drawn into four groups of six in Zurich ahead of the competition, set to take place in Italy from February 7 to 9.

A round-robin group stage sees two teams from each group eliminated on day two after five rounds of playing, with the second of three days concluding with the round of 16 - where the knockout stages begin.

The final day is due to conclude with the remaining eight clubs, with one of the favourites for the title being FC Basel 1893, who have defending champion, Nicolas Villalba on their team after the Argentinian won last year's competition as part of KiNG eSport with teammate Donovan 'Tekkz' Hunt who represents Fnatic.

The highest-ranked PlayStation player, Diego "CRAZY_FAT_GAMER" Campagnani will play for Team QLASH in the same group as Fnatic.

Of the 24 sides, a quarter of them are the esport teams of elite football sides with Manchester City, AS Roma, Borussia Monchengladbach, FK Austria Wien, Olympique Lyonnais and FC Basel 1893 all competing.

The groups of the #FIFAeClubWorldCup 2020 🎮🔥

The YouTube-created football team and eSport side Hashtag United, created by gaming celebrity Spencer Owen, will also take part in the tournament.

Group A, which contains Hashtag United and Olympique Lyonnais, has been dubbed the "group of death" by many fans.

Redemption eSports were awarded a place in the group stages after POWER eSports were disqualified when their XBox player, Khalid "TheRoyal" Aloufi was given a two-year competitive ban for prohibited collusion during the qualifiers.