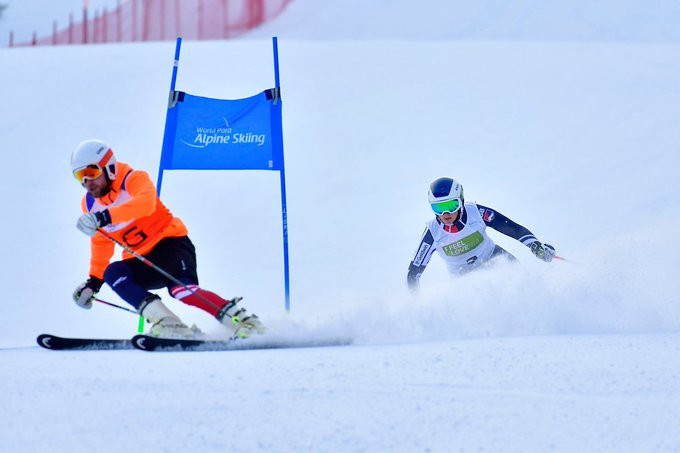 Knight and guide Brett Wild triumphed in a time of 2 min 5.01sec in the Slovenian town, beating Germany's Noemi Ewa Ristau and Brenzel Paula Elia by a margin of 2.11 seconds.

Victory came after Knight had taken the bronze medal in the first round of giant slalom races yesterday.

The 21-year-old suffered a concussion in a crash two years ago, but did not give herself time to recover because it came shortly before the 2018 Winter Paralympic Games in Pyeongchang.

Knight skied with the symptoms at Pyeongchang 2018, where she surprised herself with a silver medal in downhill and super-G, and a bronze in slalom.

However, after the Paralympics, she made the decision to step away from competition and give her body time to recover from the concussion, as well as a more recent back injury.

"It took two years to really recover from it.

Aarsjoe bounced back from failing to finish yesterday by prevailing in 1:56.97, with Russia's Varvara Voronchikhina second in 1:59.23 and France's Marie Bochet third in 2:02.41.

Among the trio of male winners was Canada's Mac Marcoux and guide Tristan Rodgers in the visually impaired event.

Just 0.13 seconds separated them and second-placed Italians Giacomo Bertagnolli and Andrea Ravelli, with a winning time of 1:53.08.

In the men's standing event, Russia's Aleksei Bugaev returned to the summit of a World Para Alpine Skiing World Cup podium in 1:54.24.

Action in Kranjska Gora is due to continue tomorrow.

A third round of giant slalom races is scheduled to be held.