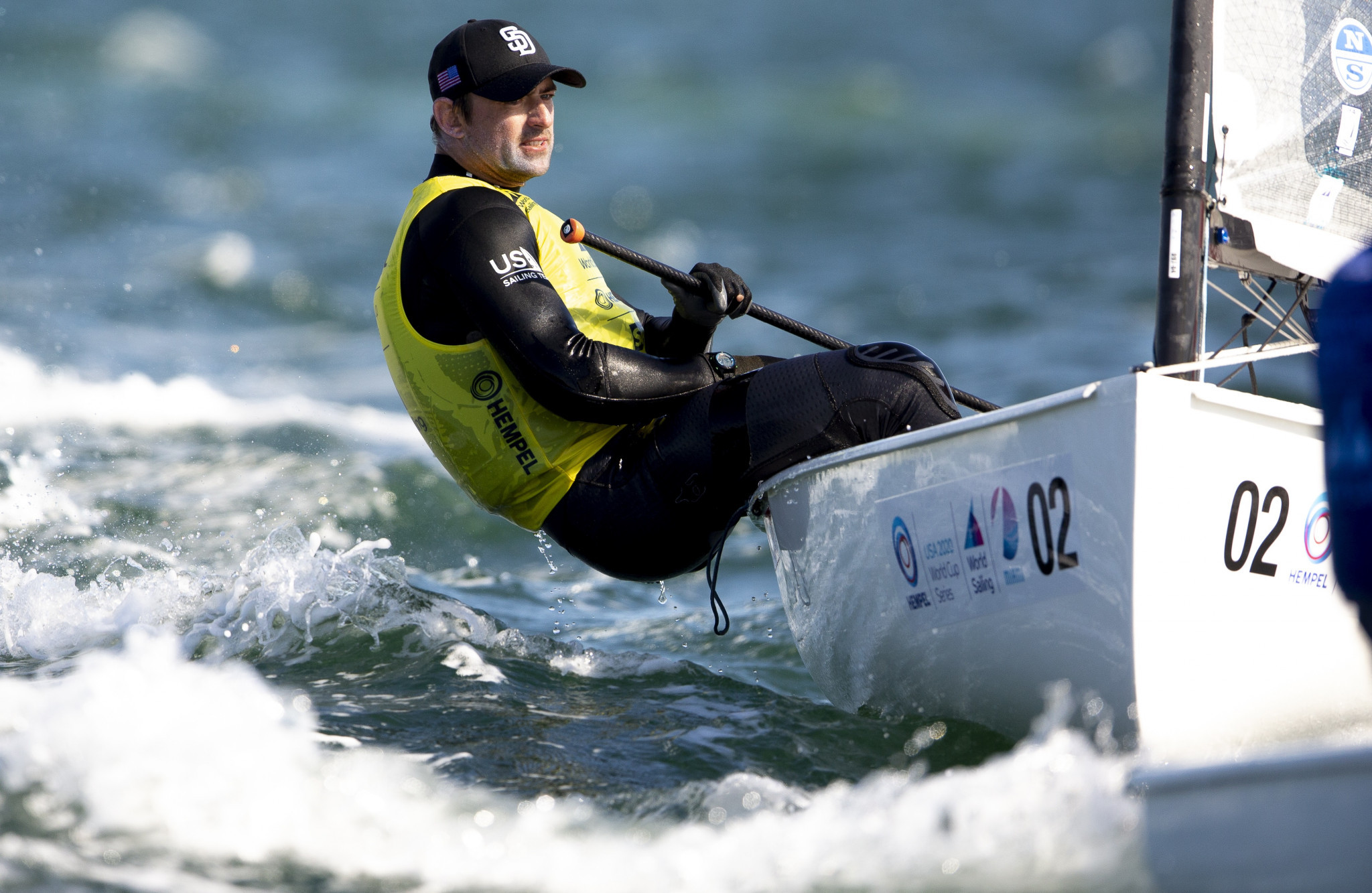 American Caleb Paine continued his fine start in the finn class at the Sailing World Cup in Miami, keeping hold of top spot after day two.

The event in Florida is particularly important for home sailors, doubling as their qualification event for the Tokyo 2020 Olympic Games.

It is also the last chance for North American countries to earn a spot at the Games.

Rio 2016 Olympic bronze medallist Paine won both races on day one yesterday, adding a victory and a second place today.

He has four points, but only leads by three from second-placed team mate Luke Muller, who is in direct competition for the Tokyo 2020 place.

Soletero moved ahead of Bermuda's Rockal Evans, who has dropped to ninth.

In the men's laser, Spain's Joaquin Blanco now only has a share of the lead after his two wins yesterday.

He finished fifth and was then black-flagged to leave him on seven points, joint with Argentina's Francisco Guaragna Rigonat.

Trinidad and Tobago's Andrew Lewis dropped from second to third, but still leads the North American race for Tokyo 2020.

"The pressure was filling in around the racecourse.

With the US already qualified for Tokyo 2020, the North American charge is still led by Mexico's Elena Oetling, despite her dropping from fifth to eighth.

In the men's 470, Sweden's Anton Dahlberg and Fredrik Bergström kept their overnight lead with finishes of third and eighth leaving them on eight points.

They have a three-point advantage over Panagiotis Mantis and Pavlos Kagialis of Greece, with Australia's Olympic silver medallists Mat Belcher and Will Ryan climbing from 11th to fourth to leave themselves seven points behind the leaders.

Canada's 23rd-placed crew Luke Ramsay and Hunter Lowden lead the North American battle for Tokyo 2020 after climbing one spot above Mexico's Hector and Jeronimo Guzman, who had been in front yesterday.

France's Camille Lecointre and Aloise Retornaz added to their two race wins from yesterday in the women's 470 with another victory, but also suffered disqualification for a false start.

The Tokyo 2020 test event champions continue to lead on three points, with a gap of six to Poland's Agnieszka Skrzypulec and Jolanta Ogar.

In the North American race, only hosts US can qualify, with eighth-place Carmen and Emma Cowles their top crew so far.

Atlantic Brugman Cabot and Nora Brugman were fifth overnight, but have dropped to 11th.

He is six in front of Mexico's Ignacio Berenguer, who is also the North American leader with the US already qualified.

Mexico's Demita Vega de Lille is the new leader of the women's RS:X after taking over from compatriot Mariana Aguilar.

She has 10 points following finishes of first, second and third, a gap of one in front of her team mate.

Canada are the only North American country in the fleet not to have yet qualified for Tokyo 2020, so only need Olivia Mew or Nikola Girke to finish the event to secure their place.

The event is the second World Cup of the season, with action continuing through to the medal races on Saturday (January 25).