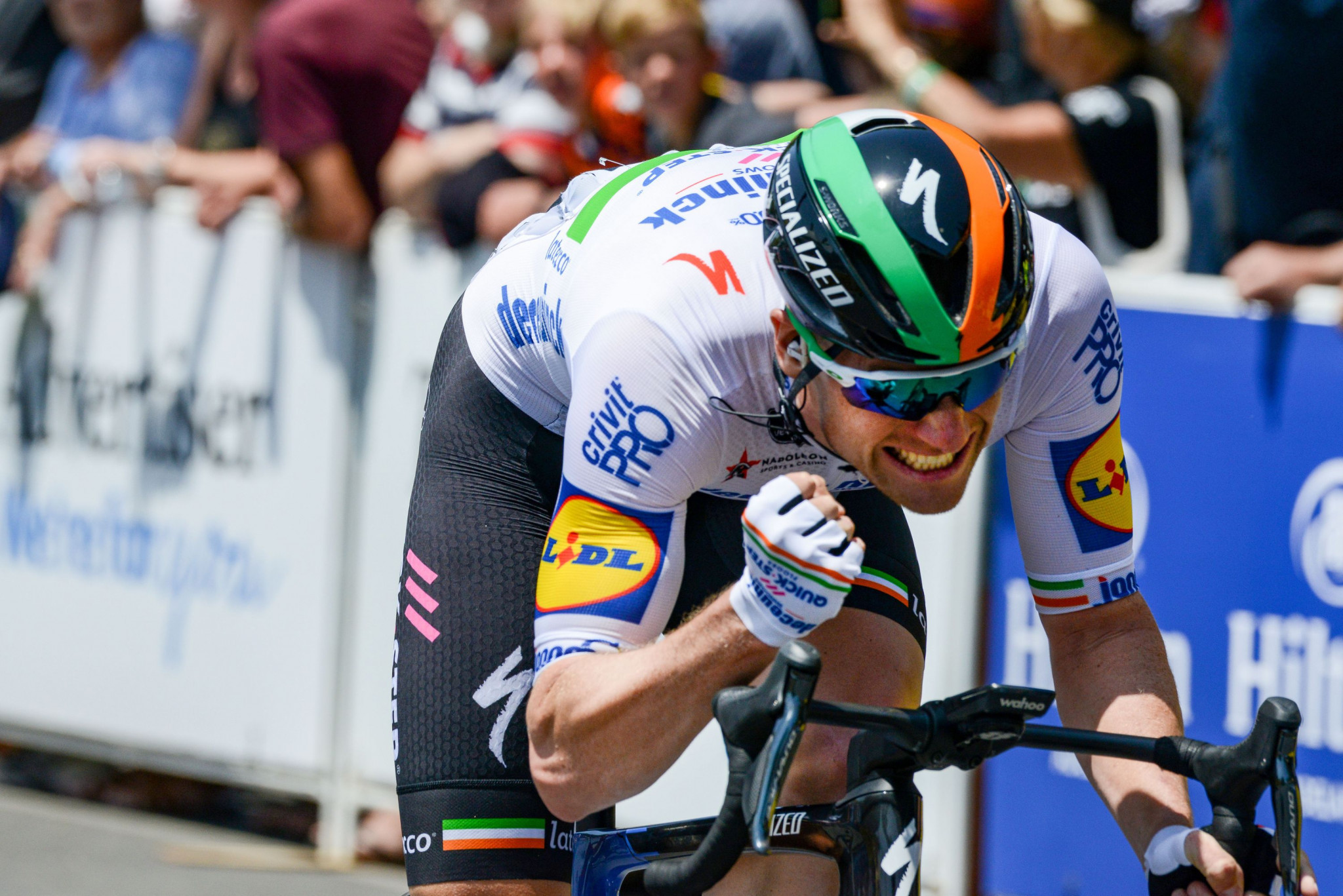 Ireland's Sam Bennett won the first stage of the Tour Down Under today, following an exciting sprint finish.

The 29-year-old powered past Belgium's Jasper Philipsen just moments from the line, in only his second appearance for new team Deceuninck–Quick-Step.

Bennett won three stages of the Giro d'Italia and two at the Vuelta a España last year while still racing for Bora-Hansgrohe, and made sure he started in style at the opening event of the International Cycling Union World Tour season.

"I think it was definitely the work of the team that earned the win today," said Bennett.

"I'd be lying if I said I didn't feel the pressure coming to Deceuninck-Quick-Step and trying to get that first win.

"The guys did an absolutely fantastic job, kept me in a great position, then executed the lead-out perfectly.

"Every one of them played a superb role today.

"I did make one mistake, leaving it too late because it was a fast final.

"I had trouble getting my wheel back in front, but hopefully there's another win later this week."

Four riders attempted to form an escape group, but were reeled back in by the field.

Bennett has received the leader's ochre jersey, with his winning time of 3 hours 28min 44sec.

South Africa's back-to-back general classification winner Daryl Impey was among those to finish safely in the pack.

The Mitchelton-Scott rider endured mechanical issues as he began his bid for a third straight title, but rode on with a swapped bike.

Impey also gained three seconds of bonus time by winning the opening sprint section of the Tour, pushing him to fourth overall.

Tomorrow's second stage is a 135.8km ride from Woodside to Stirling.