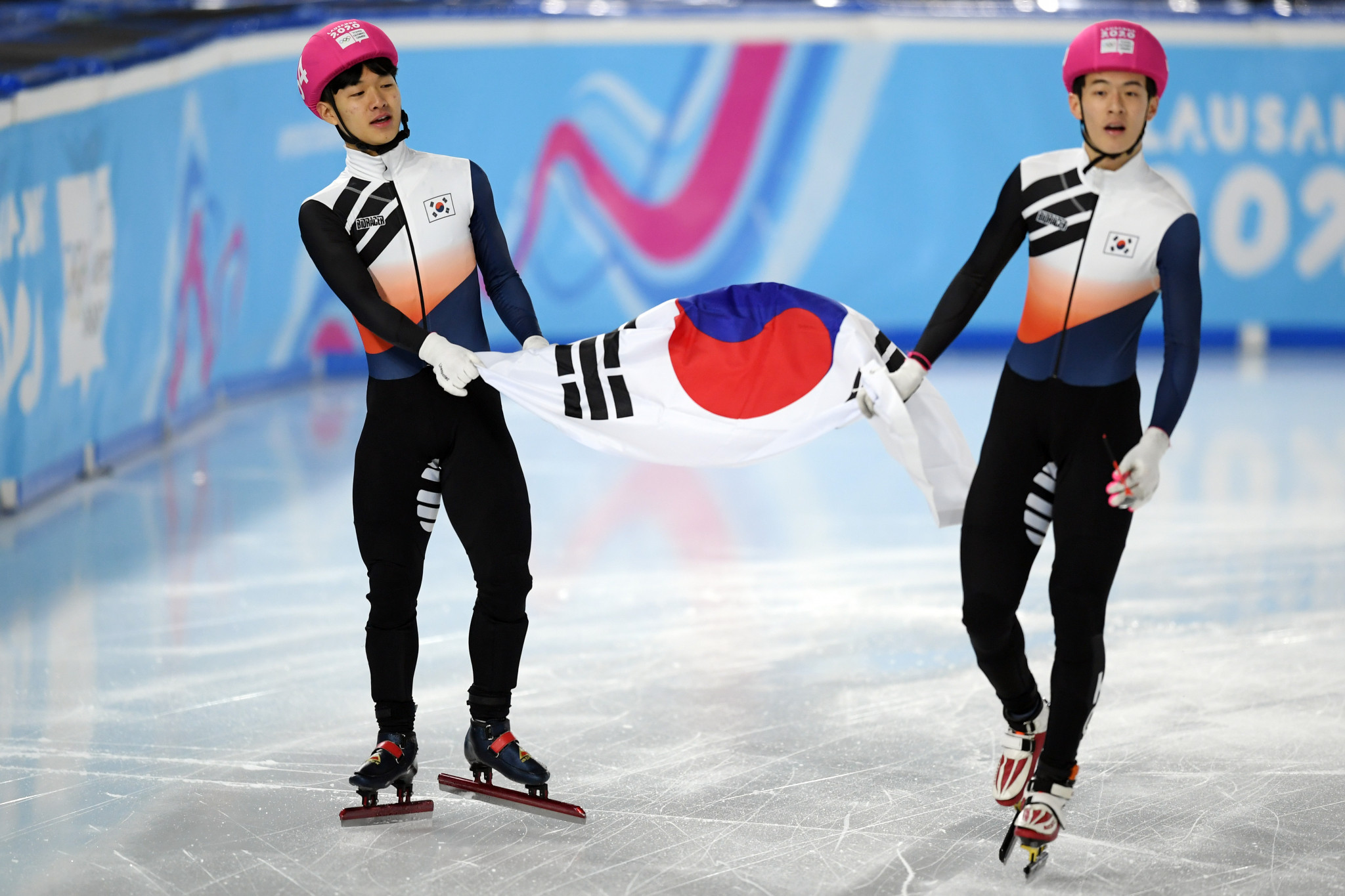 The South Korean team were out to replicate their gold medal success in the 1000m two days ago at the Lausanne Skating Arena.

Lee had finished as the runner-up in the men’s competition on that occasion behind team-mate Jang Sung-woo.

The roles were reversed over half the distance, as Lee triumphed in the final by crossing the line in 40.772sec.

Jang finished 0.228 seconds off the pace as the South Korean duo dominated the final.

China’s Zhang Tianyi rounded off the podium places after ending nearly eight seconds behind the winner, with Russia’s Vladimir Balbekov missing out on a medal in fourth.

Seo succeeded in the women’s 500m event where Jang had narrowly fallen short in the men's, the 17-year-old earning double gold.

The 1000m champion left nothing to chance in the final by leading from start to finish.

Seo, a junior short track world champion, crossed the line in a winning time of 43.483 to clinch her second gold.

Silver was earned by the Netherlands’ Michelle Velzeboer, who ended 1.752 seconds behind the South Korean skater.

There was a close battle for bronze between China’s Zhang Chutong and Canada’s Florence Brunelle.

Brunelle clinched the final podium place in 45.314, with the race officials penalising Zhang for an infringement.

It was the second medal of the Games for Brunelle, who had also won a 1000m bronze medal.

Short track speed skating competition is due to conclude with a mixed National Olympic Committee team relay on Wednesday (January 22).