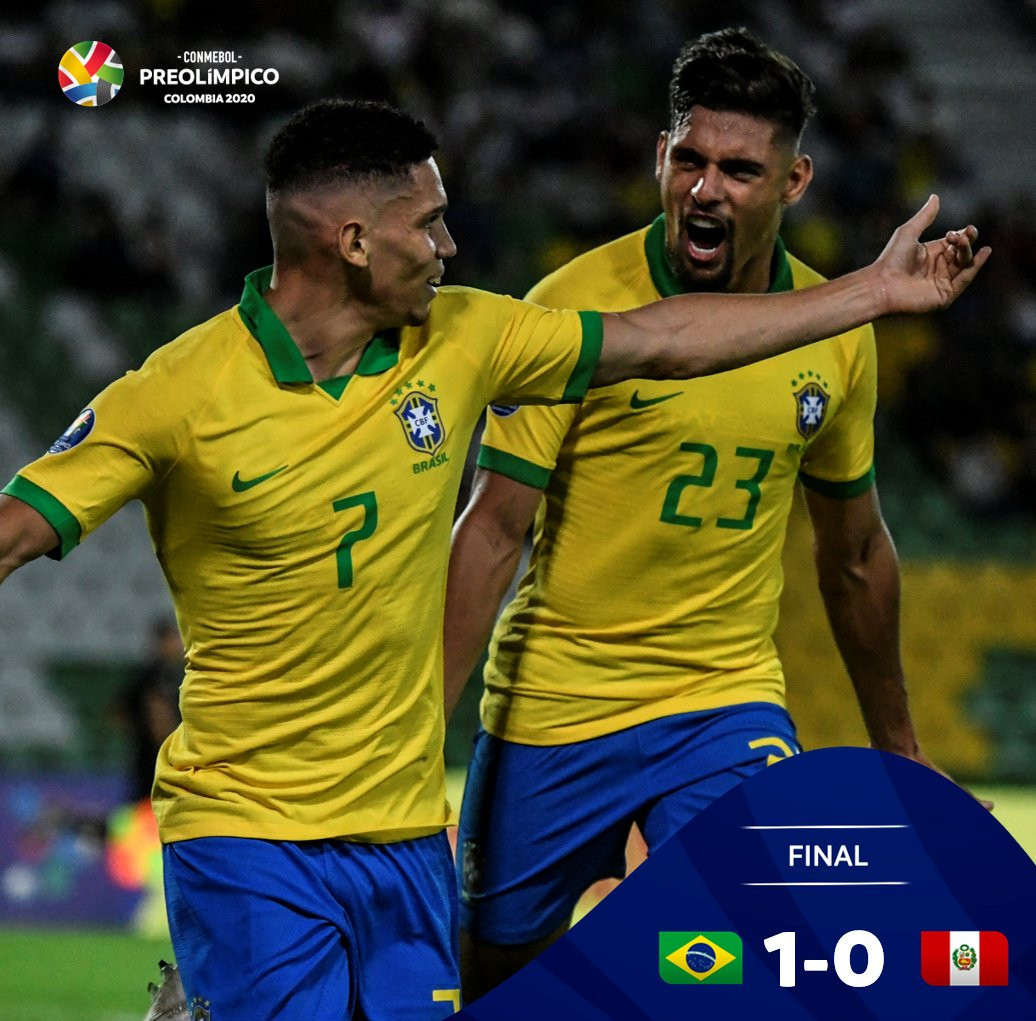 Brazil began the defence of their Rio 2016 gold medal with a 1-0 victory over Peru at the South American Football Confederation Pre-Olympic Tournament.

Paulinho grabbed the only goal of the game in Colombia as the reigning Olympic champions started their bid to qualify for Tokyo 2020.

The Pre-Olympic Tournament offers two spots at the Games in Japan's capital with 10 countries battling it out.

Bruno Guimarães assisted the Brazilian goal with a superb through-ball to Paulinho, who poked home from a narrow angle after 43 minutes.

Peru had chances to get back into the Group B encounter but ultimately found no way through at Estadio Centenario in Armenia.

The Brazilian gold at Rio 2016 was one of the moments of their home Games.

Global superstar Neymar scored the decisive penalty in a 5-4 shoot-out victory over Germany in the gold medal game, following a 1-1 draw.

Diego Rossi settled the contest three minutes after the break, steering home into the empty net after an initial shot struck a defender and wrong-footed Paraguay keeper Miguel Martinez.

Group A will now return on Tuesday (January 21) for the second round of matches in Armenia.

Chile will look to build on their 3-0 opening win over Ecuador against Venezuela, who will play their first match.

Hosts Colombia will take on Ecuador and are looking to bounce back from a 2-1 defeat to Argentina in their first game.