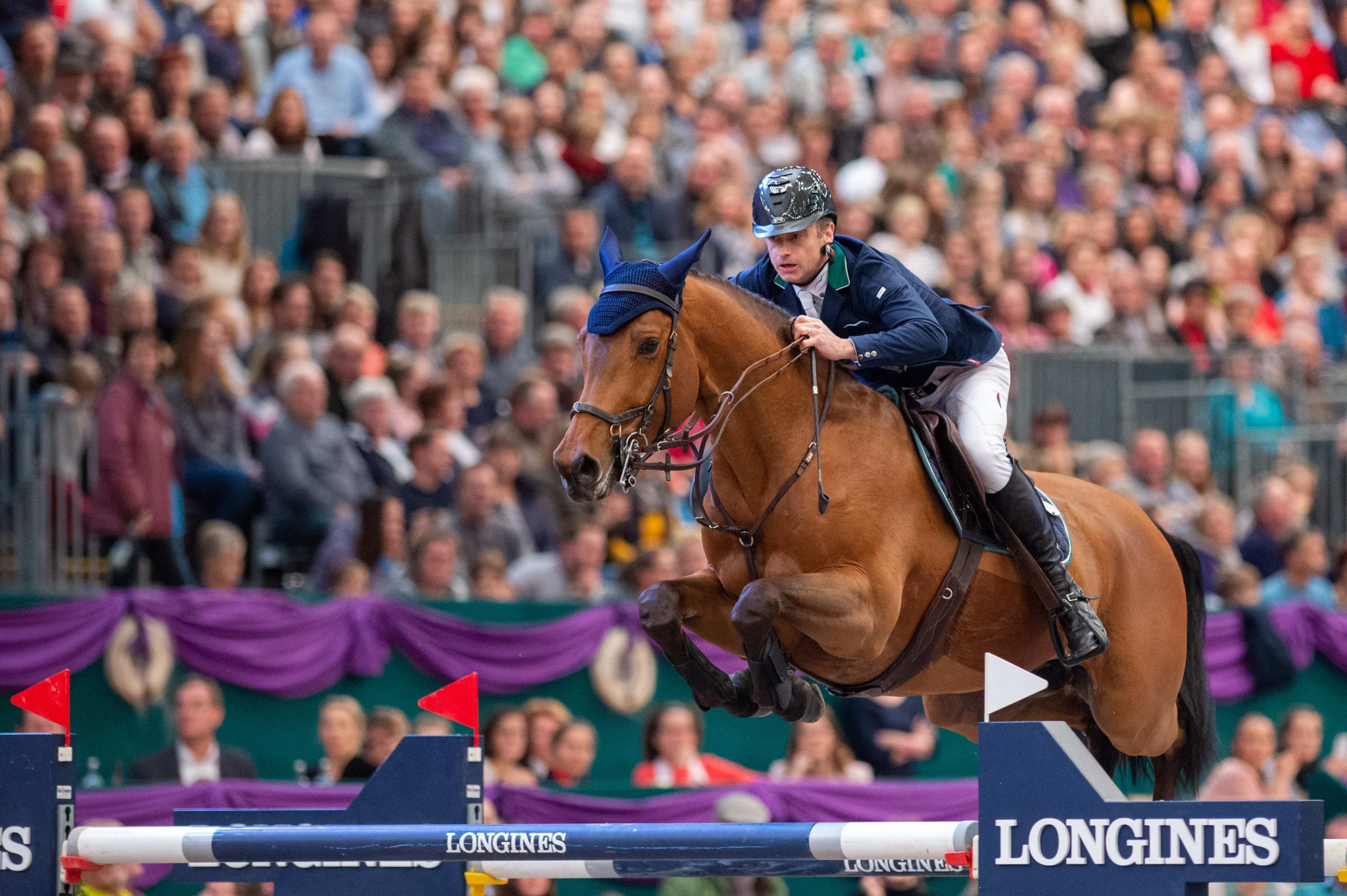 The victory at the Leipzig Messe-Allee 1 secured him a spot at the FEI Jumping World Cup Final in Las Vegas in April.

There were 17 German contenders in the starting field of 40, and seven of them made the cut into the 16-horse jump-off against the clock, including 2011 series champion, Christian Ahlmann.

For the last two years, Ahlmann was unbeatable at the Leipzig leg, and when he took the lead with a superb run from his young stallion Dominator 2000 Z in 33.77sec it seemed he was about to make it three in a row.

He had not counted on Lynch, though, who, as the ninth rider in the jump-off, clocked 33.16, leaving Ahlmann to settle for the runners-up position with another German, Marcus Ehning, third.

Already lying 10th after solid recent results, today’s win lifts the Irishman to fourth on the League table, from which the top 18 will earn a spot at the Final in Las Vegas.

Lynch was delighted with the performance of GC Chopin’s Bushi which he has been competing on since last summer.

"He’s thrown the toys out of the pram a few times on me, but we changed a few things and he was very good at La Coruna last month and in Basel last weekend," Lynch said.

"It’s incredible to bring him here and win.

Flying to the last - it was a showdown for the books!

"We needed to improve our relationship and to learn to trust each other more, and we did that today so I’m delighted."

Lynch is confident that the pairing will make even more strides before the Final at the Thomas & Mack Center, due to take place between April 15 and 19.

"It’s always been on my agenda," he said.

"I’ve been campaigning for a place at the Final since last year so I’m really looking forward to it now.

"I realise now that if I leave him in his rhythm he can jump anything.

"Today when I was walking the course for the first round I walked that jump-off turn-back and I thought it was definitely on.

There are now just three Western European League legs remaining, at Amsterdam next weekend where Lynch also plans to compete, at Bordeaux in France the following weekend and in Gothenburg in Sweden at the end of February, following which the top 18 qualifying spots will be decided.