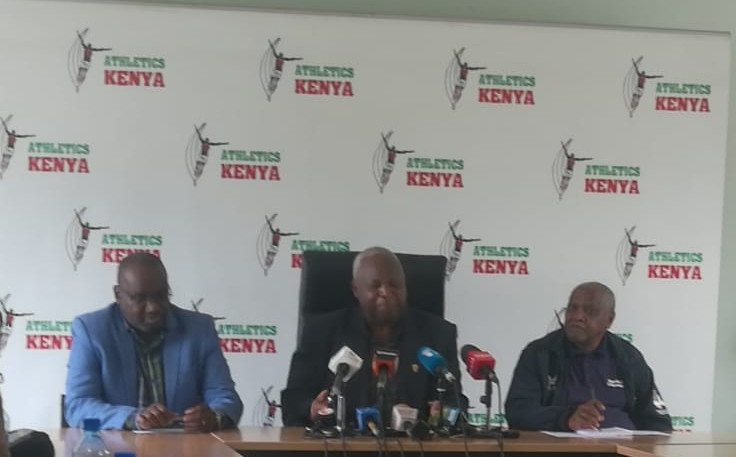 Athletics Kenya President Jackson Tuwei has claimed the suspension of so many of the country's top runners for doping proves they are taking the problem seriously and are on their way to solving it.

He announced that that national governing body has drafted a bill to Kenya's Ministry of Sports to be taken to Parliament in order to criminalise doping - and that any athlete banned for drug-related offences will not be allowed to represent the country again.

There have been calls for Kenya, like Russia, to be banned from international competition because of the high number of doping cases from the country.

Tuwei, though, claimed the situation was different because they were actively involved in working with the Athletics Integrity Unit (AIU) and Anti-Doping Agency of Kenya (ADAK) to try to tackle the problem.

"Contrary to the perception that AK should take the flak of whatever is happening in athletics circles, we would like to state that  the current investigations and suspensions are happening as a result of our current cooperation with the AIU and ADAK," he told a press conference in Nairobi.

"As a country, we are aware of the consequences of doping and that is why we opted to work with the AIU to elimate the menace and revive Kenya's athletics glory."

Tuwei warned that more leading athletes could soon be caught for doping as a result of the close cooperation between Athletics Kenya, the AIU and ADAK.

"Athletes should know that with the kind of machinery in the fight against doping, dopers have nowhere to hide and it is either they embrace clean sport or hang their spikes, because the anti-doping winds are too strong for those who want to engage in a hide and seek game," he said.

"It’s a shame that some athletes are not able to manage their whereabouts schedule, despite AK having taken them through several trainings" Tuwei said.

"Either this is an act of ignorance or a deliberate move to take a short-cut to glory.

"They need to know that the world is currently on alert and they would be lucky to survive a single race without being caught."

AK in collaboration with the Ministry of sports will ensure that only clean athletes feature in our events. Those sanctioned or found guilty of doping should as well plan their retirement because there will be no second chance.

It has also been confirmed by Athletics Kenya that a top runner fled from anti-doping testers who had visited their training camp unannounced to take samples.

They admitted that when testers from the AIU turned up, the runner - described as "a fairly well-known athlete" - jumped through a window and then over the fence.

"This is a very serious issue," Tuwei said.

"Why should an athlete run away when they have been asked to give a sample?

"Why are athletes refusing to be tested?

"There are other tactics that athletes are using to make sure they are not tested.

"All athletes will be tested.

"Those who miss testing three times in 12 months, that will be taken as a doping offence will be banned."