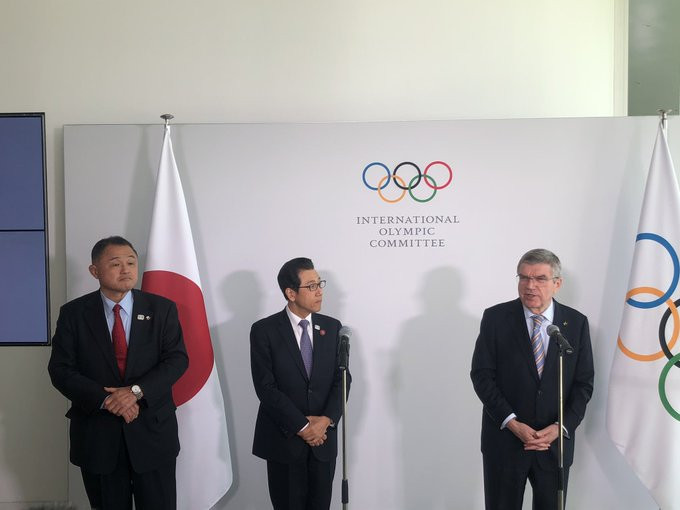 International Olympic Committee (IOC) President Thomas Bach took another opportunity to talk up a bid from Sapporo and claimed it would not "take forever" for the Future Host Commission to make a proposal on the venue for the 2030 Winter Olympic and Paralympic Games.

Bach praised for Sapporo having laid a "very strong foundation" for a possible candidature for 2030 following a meeting with the city’s Mayor Katsuhiro Akimoto here today.

He claimed the IOC could not find any major issues with the potential bid from the Japanese city, which has emerged as the clear favourite to land the hosting rights for the 2030 Winter Games.

Sapporo is set to be given the green light to enter the continuous dialogue phase with the IOC by the Japanese Olympic Committee (JOC) when its Executive Board meets to officially decide on a bid on January 29.

This is expected to be a formality as Hokkaido, of which Sapporo is the capital, is the sole municipality to express an interest in bidding to the JOC.

He pointed to the award of the 2024 Winter Youth Olympics to Gangwon Province in South Korea as an example how quickly the commission - chaired by Romanian IOC member Octavian Morariu and which met with officials from Sapporo after the talks with Bach - can propose a host city.

"This Commission will set the pace and we have just learned yesterday with the election of Gangwon Province what the speed of this Commission is," Bach said.

"It will not take forever that we will have a proposal, but it is too early to speculate [when it will be awarded] and it is in the hands of the Commission."

The Japanese city is one of three to have expressed an interest in hosting a future edition of the Winter Games - along with Salt Lake City and Barcelona - but appears to be the frontrunner at this stage.

"We are impressed by what we have heard today and what we know from the 2026 candidature, which could not be followed because of the earthquake," Bach added.

"This is a very strong foundation.

"Technically we cannot see any major issues but there are other cities or regions in the world who have already shown interest and maybe one or the other feels encouraged, so we will have this open dialogue with them.

"Then it will be up to the commission to shape this dialogue and which advice to give to which city."

Sapporo hosting the marathons and race walks at this year's Olympic Games in Tokyo following the decision to move the events from the Japanese capital because of heat concerns was also discussed at the meeting today.