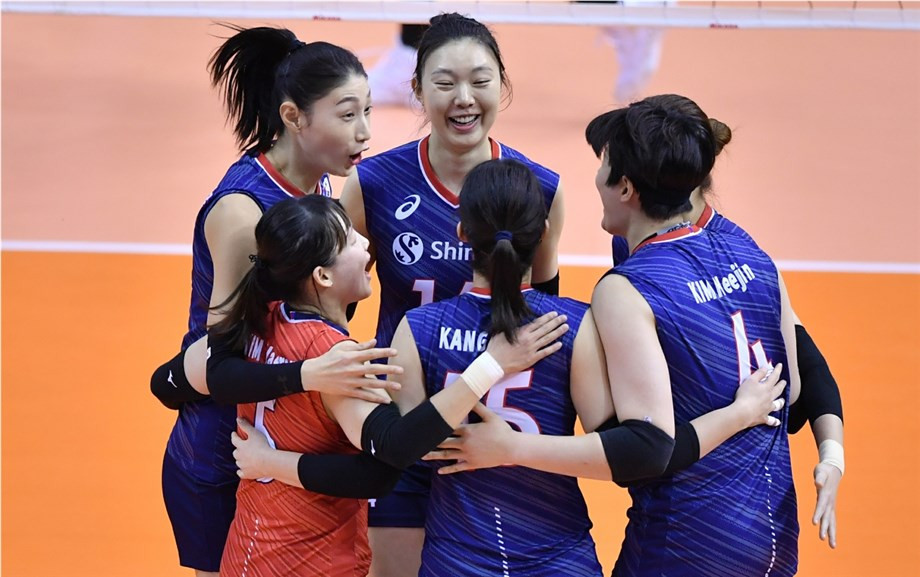 South Korea and Kazakhstan qualified for the semi-finals at the Women's Volleyball Asian Olympic Qualification Tournament in Thailand, after the second day of group play.

Seven countries are chasing a sole place at Tokyo 2020 at Korat Chatchai Hall in Nakhon Ratchasima.

The Koreans and Kazakhs both secured progression from Pool B by recording their second straight-set victories in as many days.

It means both Iran and Indonesia are out, with South Korea meeting Kazakhstan tomorrow to see who wins the group.

Australia will now need to beat Thailand in straight sets tomorrow to stand any chance of going through.

In the men's event at Jiangmen Sports Center Gymnasium in China, the host nation and Iran both went through to the last four from Pool A after registering their second wins.

China will meet the Iranians tomorrow to see who wins the group, with Chinese Taipei and Kazakhstan out.

"It was a good play from our side at the beginning, that's why we won the game," said Qatari captain Ibrahim Ibrahim.

It means they have moved level with Australia, who beat them 3-2 in the opening match, on one win and one defeat.

The Koreans and Australians will both try and claim the second semi-final spot from the group tomorrow, against Qatar and India, respectively.

As with the women's event, the men's qualifier offers just one Tokyo 2020 place.