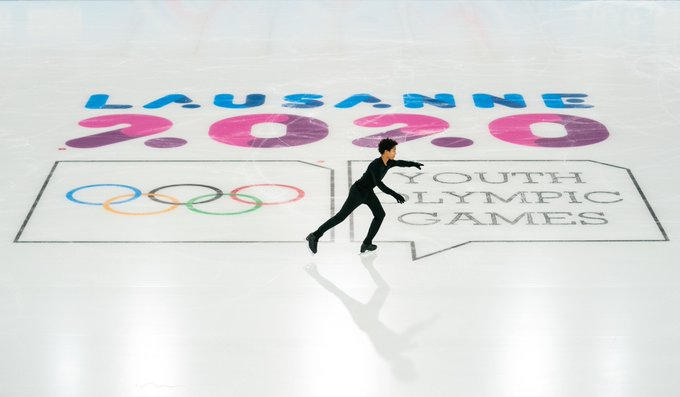 A total of 1,872 athletes will compete at the largest Winter Youth Olympic Games to date here in Lausanne, organisers have announced on the eve of the event.

The growth has been enabled by the introduction of a two-wave system, which sees athletes stay at the Olympic Village at different times during the Games around their competitions.

Athletes in the first wave have been welcomed to the Olympic capital prior to the Opening Ceremony tomorrow.

The first wave of competition is from January 9 to 15, with the second wave starting on January 16 until the Closing Ceremony on January 22.

Athletes are being housed at the Vortex, a new building which will be used as accommodation for around 1,000 students, staff and academic visitors of the University of Lausanne from this summer.

A total of 79 National Olympic Committees will be represented at the Games, with hosts Switzerland boasting the largest delegation of 112 athletes.

Russia and the United States follow with 107 and 96 athletes, respectively.

"Being qualified to participate in the Games is the first and one of the most important moments in a young athlete's Olympic adventure, an unforgettable moment," said Lausanne 2020 President Virginie Faivre, who took over from Baumann.

"We are ready to welcome these 79 NOCs and their teams here in Lausanne, and we look forward to declaring the Games open on January 9."

Organisers revealed Lausanne 2020 is the first gender-equal edition of the Winter Youth Olympics, with the programme featuring the same number of events for both genders.

Sporting action is set to begin on Friday (January 10), with medals set to be won in two sports.

The first medal event is expected to be the women's Super-G alpine skiing, at the Les Diablerets Alpine Centre.

Warm weather has led to organisers being forced to shorten the courses for Alpine skiing competitions.

Medallists will take part in a mascot ceremony after the competition, with the official victory ceremony taking place later in the day at the medal plaza here in Lausanne.

Two medals will also be won in ski mountaineering on the opening day of action, with the sport debuting at the Villars Winter Park.

Ski mountaineering is the only new sport at the Games, although five events will debut.

There are 16 sports on the programme for the Games, which is due to last for 13 days.

Organisers have been forced to reassure speed skating athletes that Lake St Moritz is sufficiently frozen to host the action.

The speed skating is part of the first wave of events at the Games, from January 12 to 16.