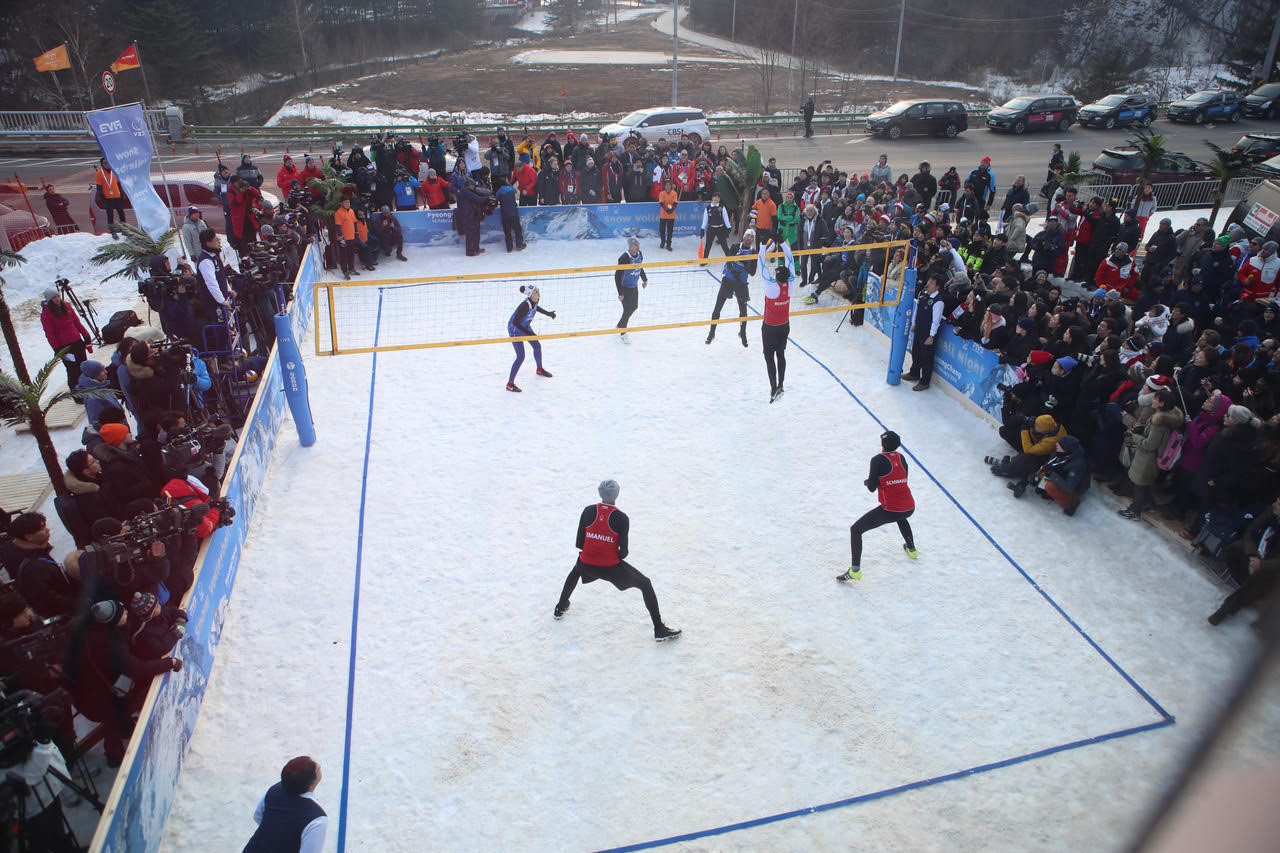 A two-day snow volleyball festival will take place on January 18 and 19 at the Place de l’Europe in the Swiss city.

The event will feature as part of the wider Lausanne en Jeux! festival, aimed at bringing together sport and culture as an official part of the Games, with events, workshops, exhibitions, concerts and shows set to be held.

The festival will be open to the general public.

"This is another wonderful opportunity to showcase the sport of snow volleyball," said FIVB President Ary Graca.

"It is a fast paced and enjoyable sport to watch and play, and creates a new opportunity for people to get involved in a cool winter sport.

"Snow volleyball ensures that the sport is available all year round, from the summer to the winter, from the mountains to the beach.

“And as we aim to become the world’s number one family sport, taking part in Lausanne en Jeux! is a perfect stage to get the next generation of Swiss residents excited about volleyball.”

The athletes will also offer snow volleyball masterclasses on a specialised snow court.

Local schools and volleyball clubs have been invited to take part in festival.

The festival has been included as an official part of World Snow Day, led by the International Skiing Federation, as an opportunity to invite young people to participate in winter sport.

It is claimed the festival follows on from the "Snow Volleyball Night" demonstration event, which took place at Austria House during the 2018 Winter Olympic Games in Pyeongchang.

The event was hosted by the FIVB and the European Volleyball Confederation in cooperation with the Austrian Olympic Committee.

"Since Snow Volleyball Night in Pyeongchang, the sport has been a hit all over the world,” said Giba.

"The very nature of the sport means it is played in a beautiful environment, and allows predominantly summer-sport nations to excel in a winter sport.

"Being included in the Lausanne en Jeux! Festival is another great opportunity for the sport and I am excited to invite Lausanne residents and guests to participate.”