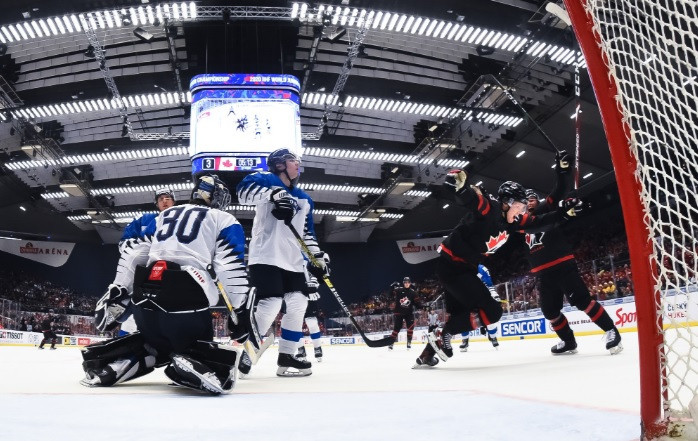 Canada brushed aside defending champions Finland to set up a meeting with Russia in the final of the International Ice Hockey Federation World Junior Championship in the Czech Republic.

The 2018 winners produced a superb performance to thrash Finland 5-0 at the Ostravar Aréna.

Russia beat Sweden 5-4 in overtime in the first semi-final, Ivan Morozov scoring what proved to be the crucial goal in the additional period.

Four goals in the opening stanza effectively assured Canada of their place in tomorrow's showpiece as Connor McMichael, Alexis Lafreniere, Jamie Drysdale and Ty Dellandrea all found the net.

Lafreniere's second before the end of the second period made it 5-0 to Canada, who will get the chance to secure an 18th world junior title when they take on Russia in the final.

Russia, seeking their first title since 2011, fell behind 16 seconds into their clash with Sweden as Rasmus Sandin gave his side an early lead.

Samuel Fagemo reduced Sweden's deficit to one towards the end of a frenetic first period and Sandin restored parity nine minutes from the end of the second.

Nils Lundkvist put Sweden ahead but they were unable to hold on as Sokolov's late strike sent the match into overtime.

With just over 90 seconds left on the clock, Russia scored the game-deciding goal thanks to Morozov's individual brilliance.

Finland and Sweden will play for the bronze medal.