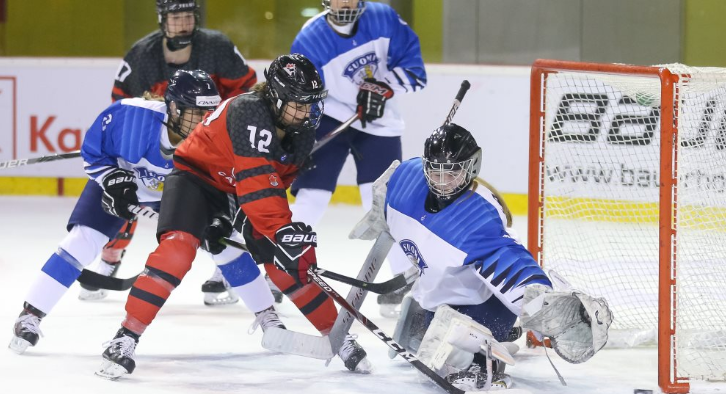 Canada booked a spot in the final of the International Ice Hockey Federation (IIHF) World Women's Under-18 Women's Championship in Bratislava, where, for the 12th time in 13 editions of this event, they will play neighbours United States.

The defending champions defeated Finland 4-1 at the Vladimír Dzurilla Ice Rink – Hall 1, with Marianne Picard, Jenna Buglioni and Lindsay Bochna all scoring for Canada in the first period.

Finnish captain Nelli Laitinen made it 3-1 in the third period, but Kendall Cooper responded for Canada immediately after to secure the victory for her team.

Canada are set to come up against the US in the gold-medal match after they beat Russia 3-0.

Lyndie Londell, Lacey Eden and Emma Gentry were all on the score-sheet for America.

The final is scheduled for tomorrow, preceded by the bronze medal match between Finland and Canada.

"I’m so excited about this victory," said US coach Maura Crowell.

"Russia has played a tremendous tournament and I knew we had to bring our best today.

"I was very pleased with our performance."

Canada and the US have met in the final of this event every time since it was launched in 2008, with the exception of 2018 in Dmitrov in Russia when the US beat Sweden in the deciding match.

So far, the US are narrowly ahead - winning six compared to their North American's rivals five.

Slovakia were resigned to relegation after a second successive defeat to Switzerland, losing 2-1.