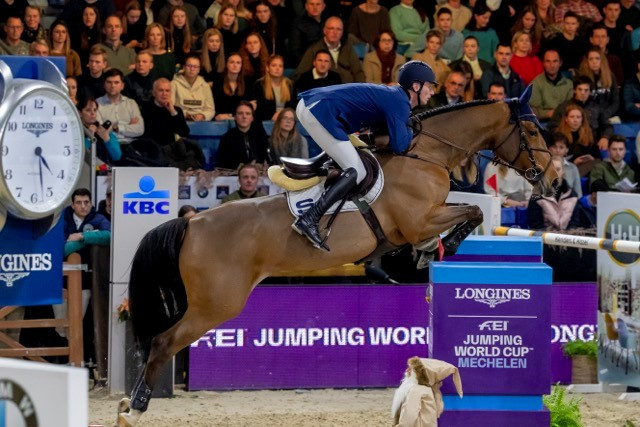 The 38-year-old finished the course at Nekkerhal in 41.37sec, managing to complete it without his horse, Killer Queen VDM, hitting a fence.

"She has done a few amazing things already and she’s still only nine-years-old," said Deusser.

"From year to year she steps up and gets better and better, I just need to improve her dressage some more because she has huge potential for the future - she’s a very exciting horse!"

In second was Pius Schwizer of Switzerland on Cortney Cox, recording a time of 44.02.

They certainly know how to work the spotlight! ✨

The rock star team of @DanielDeusser & Killer Queen VDM were the last to go and the first to place! Sealing the jump-off with time to spare, they clinched those precious points towards the @LonginesEq FEI Jumping World Cup Final! pic.twitter.com/yDf1QkE8AU

Despite his victory, Deusser languishes in 11th place in the World Cup standings on 30 points, with Pieter Devos of Belgium currently top with 55.

Steve Guerdat of Switzerland and Emanuele Gaudiano of Italy are second and third respectively with the same number of points.

The next leg of the Western European League is due to take place in the Swiss city of Basel on January 12.