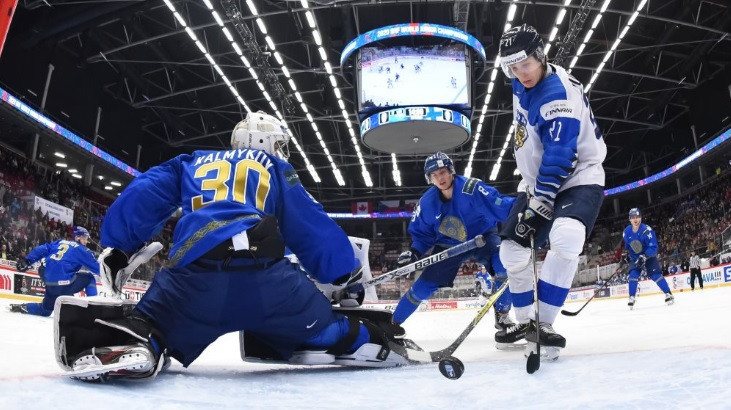 Defending champions Finland recorded their second consecutive victory as they eased to a 7-1 win over Kazakhstan at the International Ice Hockey Federation World Junior Championship in the Czech Republic.

Finland beat Slovakia 8-1 yesterday and were again in high-scoring form in Group A at the Werk Arena in Třinec.

Patrik Puistola gave Finland the lead in the first period but Andrei Buyalski restored parity for Kazakhstan shortly after.

It proved to be a fleeting moment of joy for the Kazakh team, however, as Finland scored six unanswered goals to seal a comfortable win.

Kristian Tanus restored Finland's lead before Matias Macelli put his side two goals in front early in the second period.

What a difference 24 hours can make! @usahockey pick up the win over @russiahockey thanks to a pair of 6-second goals late in the 2nd. #WorldJuniors

Aatu Raty put the result of the match beyond any doubt with Finland's fourth, before Puistola, Mikko Kokkonen and Kim Nousiainen scored in the third period to put the gloss on another impressive display from the holders.

In Group B, the United States earned a 3-1 win over Russia at the Ostravar Aréna‎ in Ostrava.

Two goals in less than a minute in the second period proved crucial for the US, who sit top of the group.

Arthur Kaliyev and Nicholas Robertson found the net to give the US control, before Kaliyev scored his second to put the Americans 3-0 in front.

Alexander Romonov's netted a late consolation for Russia, who had thrashed Canada 6-0 yesterday.