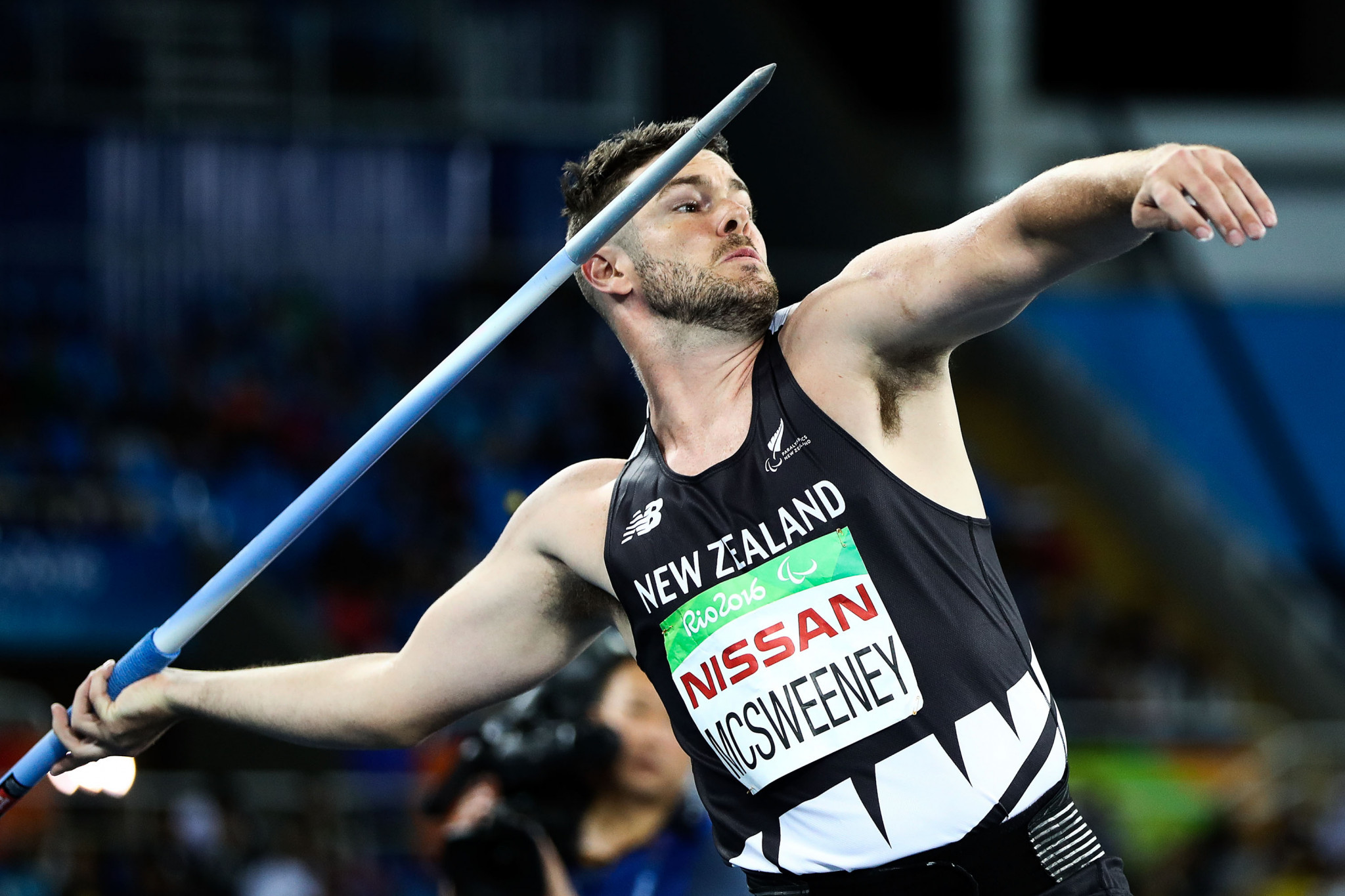 The 34-year-old leg amputee, who also won a 2015 World Para Athletics Championships silver medal when setting the New Zealand F44 record of 55.80 metres, has recently struggled with injuries to his back and shoulder.

McSweeney plans to start a new career in insurance in Auckland.

"My retirement coincided with a job offer and reflecting on what I’d achieved across 10 years of javelin throwing I was quite happy, I’d enjoyed a good career," he told the Athletics New Zealand website.

"I’d had a few big injuries over the last few years and I felt it was a bridge too far to carry on to Tokyo [2020], so I felt it was the right time to make a clean break."

McSweeney was struck by a truck at the age of three which resulted in the amputation below the knee of his left leg.

After trying to commit suicide in 2006, he started athletics three years later when he was spotted at a Paralympics New Zealand training camp looking to identify new talent for London 2012.

"Taking up athletics was a big turning point for me," McSweeney told the Athletics New Zealand website.

"For the first time in my life I had something I could focus on and that I could look forward to, I knew it was my path."

He finished eighth on his international debut at the 2011 World Championships in Christchurch.

McSweeney went into Rio 2016 as one of the favourites following his silver medal at the previous year's World Para Athletics Championships in Doha, but a late back injury hampered preparations.

The bronze medal, in the circumstances, was a major achievement.

"I felt like the wheels were falling off," McSweeney said.

"But I tried to control my attitude and how I approached the competition.

"My goal was to throw as hard as I could, just enjoy the moment, forget the outcome and have a go.

Since then McSweeney has continued to struggle with injury problems.

"In the meantime, I’d finished my degree in commerce and finance and I had this opportunity to take up a new role in Auckland, it felt like the right time to quit javelin," he said.

"I’ve had a really hard time since Rio and I felt like I’d given it enough time.