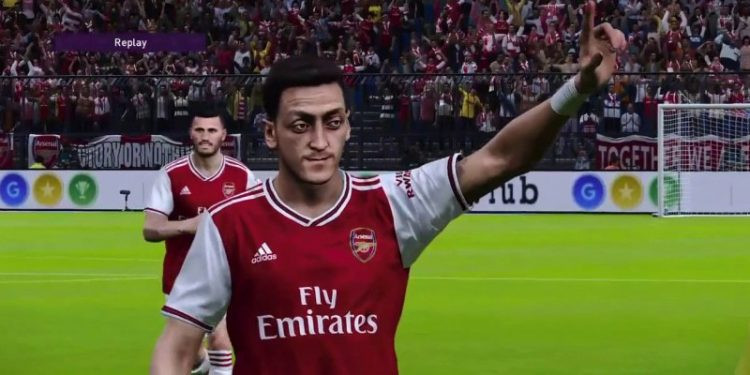 Arsenal midfielder Mesut Özil has been removed from the Chinese versions of video games after he criticised the country's treatment of Uighur Muslims.

Özil posted a tweet last week which criticised the treatment of the Uighur Muslim population, who are alleged to have been subject to religious and ethnic persecution.

He claimed the Uighurs were "resisting against the persecutors trying to separate them from their religion".

"Muslims are silent," he said.

"They won't make a noise.

"They have abandoned them.

Özil's likeness has since been removed from the Chinese versions of FIFA and the Pro Evolution Soccer 2020 video games, following his comments.

NetEase, which publishes the Pro Evolution Soccer franchise in China, hit back at Özil on social network site Weibo.

"The German player Özil posted an extreme statement about China on social media," the company wrote.

"The speech hurt the feelings of Chinese fans and violated the sports spirit of love and peace.

"We do not understand, accept or forgive this."

China has claimed Özil, who is Muslim, has been the victim of "fake news".

Human rights groups have claimed more than one million people, largely from the Muslim Uighur community, have been detained without trial in camps in Xinjiang.

Despite a leak of confidential information, which appeared to confirm the sites as internment camps, China have issued denials.

The country insists people are being re-educated in "vocational training centres", which it claims is in response to religious violence in the region in recent years.

Arsenal distanced themselves from Özil’s comments, describing the club as "apolitical".

"The CCP can't hide its gross #HumanRights violations perpetrated against Uighurs and other religious faiths from the world."

The European Parliament passed a resolution earlier this week demanding that China shut down the camps in Xinjiang, while urging countries to impose sanctions and asset freezes on people believed to be behind the camps.