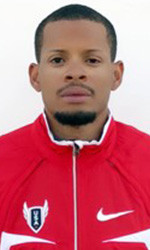 The Court of Arbitration for Sport (CAS) upheld the four-year sanction for American Paralympic athlete Stirley Jones after he failed a drugs test last year.

Jones tested positive for a metabolite of stanozolol, 3’‐hydroxystanozolol, as the result of an out-of‐competition urine sample he provided on October 2 in 2018.

In June, the US Anti-Doping Agency (USADA) announced an independent American Arbitration Association (AAA) panel had decided on a four-year suspension for the T13 class visually impaired athlete.

In a statement, USADA said that the panel had unanimously agreed that he had not cheated deliberately but "concluded that Jones did not establish by a balance of probability to the satisfaction of the majority of the panel that the ingestion of the stanozolol was unintentional".

The 35-year-old blamed the positive test on a tainted protein shake, deciding to take the case to CAS.

The CAS arbitrator has since supported the AAA panel’s conclusion that Jones did not establish that the ingestion of the stanozolol was unintentional.

During the CAS hearing, Jones presented new evidence, which the arbitrator determined was "uncorroborated and inauthentic".

The arbitrator also noted that he "advanced inaccurate and misleading procedural arguments by withholding information…whether an intentional act of gamesmanship or not, such actions cannot be tolerated in this procedure".

Despite the failed test, Jones was named on the US national team for the first time at the end of last year.