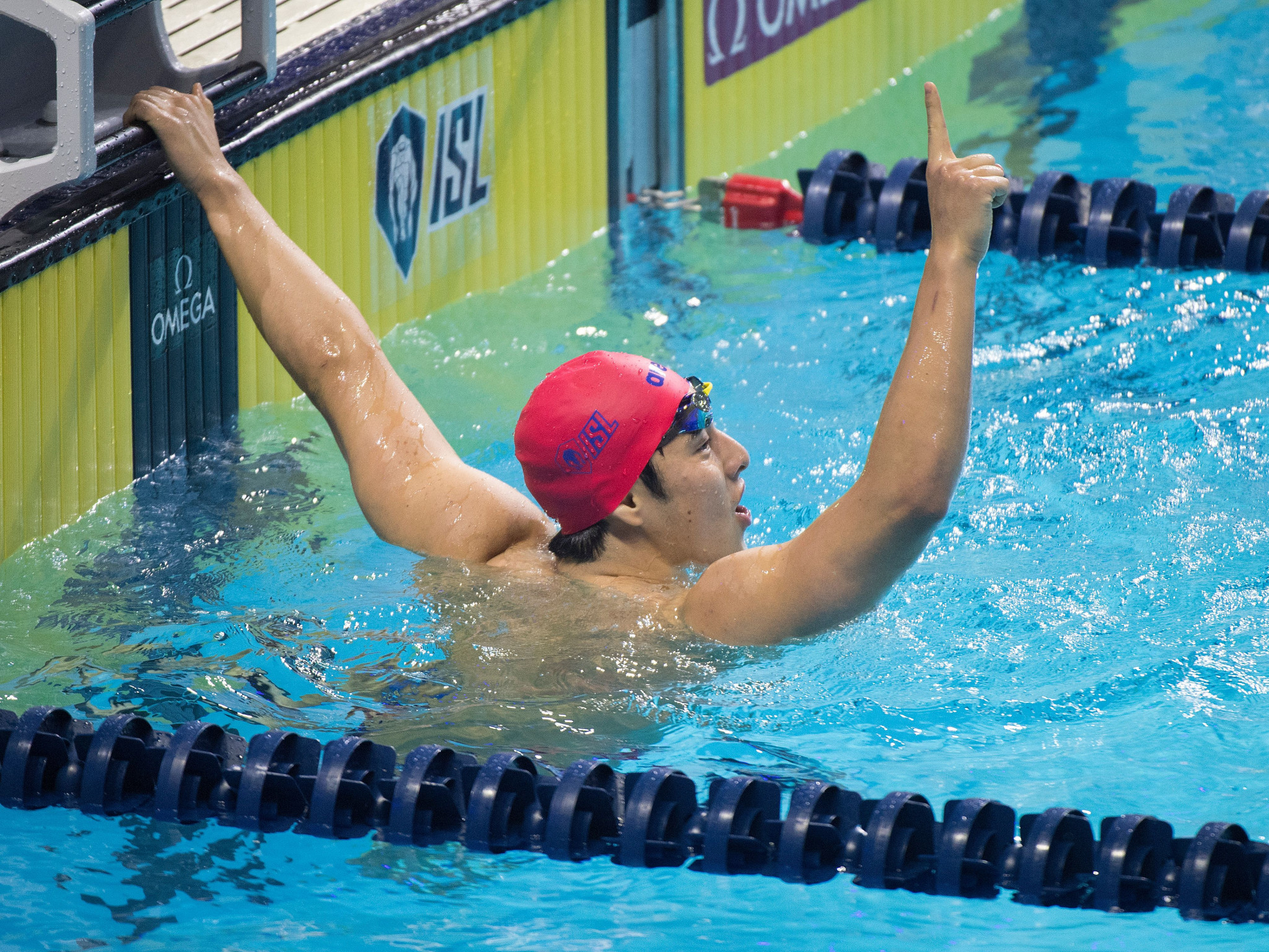 The Japanese swimmer was making his debut in series, which featured six regular season matches where teams aimed to book their places in the Grand Final at the famous Mandalay Bay Resort and Casino.

The match features the top-two European clubs this season - London Roar and Energy Standard - along with the top-two United States clubs - Cali Condors and LA Current.

Energy Standard were the only team to reach the Grand Final unbeaten.

Seto boosted their chances of maintaining that record and becoming the inaugural ISL series champions.

He produced a time of 3min 54.81sec in the men’s 400m individual medley, lowering the short course record of 3:55.50 set by Ryan Lochte of the US nine years ago.

Seto’s triumph was one of five consecutive race wins for the Energy Standard team, with Swedish star Sarah Sjöström helping to lead their challenge.

The results helped them finish the opening day with a total of 219 points, 13.5 clear of the Cali Condors team.

America's Caleb Dressel starred for the Cali Condors, who won nine of the 19 events held on the opening day.

Dressel triumphed in the men’s 100m butterfly in a time of 49.10, before breaking the world record in the 50m freestyle by clocking 20.24.

His effort shaved 0.02 seconds off the time set by France’s Florent Manaudou in 2015.

King maintained her unbeaten record in breaststroke events in the series by winning the 50m event in 28.90, while she also clocked 2:17.03 to win the 200m race.

Dressel and Fink lead the contest to be crowned the most valuable player in the final with 52 and 41 points respectively, while Sjöström and King follow on 37 and 36.