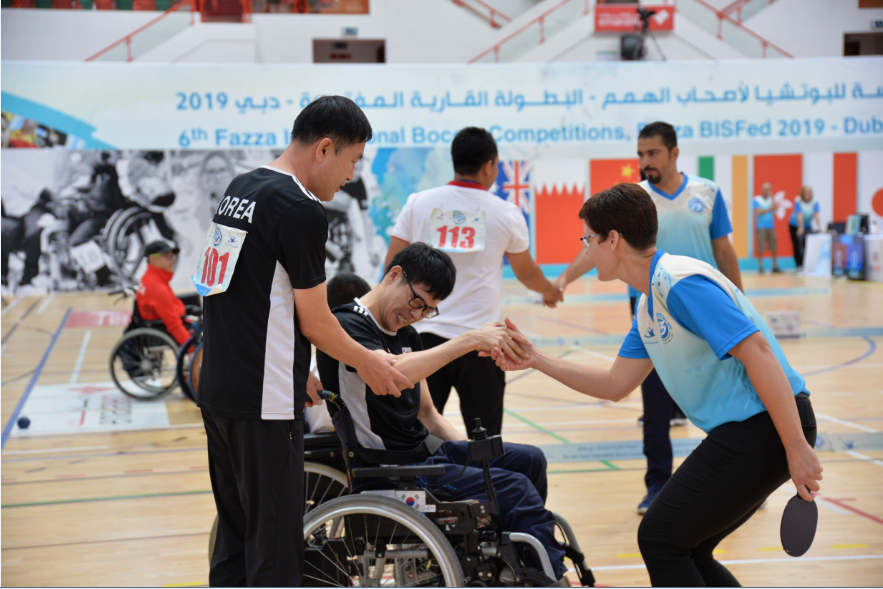 Roh Youngjin and Lee Yongjin triumphed in the respective BC1 and BC2 finals at the Shabab Al Ahli Club.

Trailing 3-1 until the last minute, the South Korean got his final throw closest to the target to defeat his opponent.

In the BC2 final, Lee stormed to a 5-1 victory over Indonesia's Felix Ardi Yudha to take the top honour.

Lin Ximei secured the only gold medal for China on the day, emerging a 4-2 winner over South Korea's Jang Seongyuk in the BC4 final.

The BC3 final was an all-Australian affair, with Daniel Michel overcoming Spencer Cotie 3-2 for the title.

"This is the last competition for 2020 Tokyo Paralympics quota," Im said.

"We have already got BC1/2 team and BC3 quotas.

"This is the first competition in which the Korean national team and Korean regional team are together.

"So, it's a meaningful competition for us."