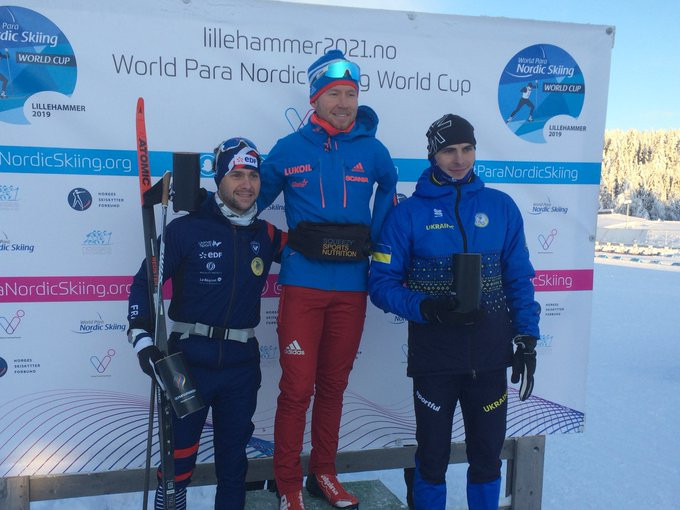 The country dominated the three days of cross-country held in Norway with 28 medals and again shone on a day of individual races.

He pushed Yury Holub of Belarus into second after he missed three targets in a time of 43:01.5, while Russia's Nikolai Polukhin shot clean in third with a time of 45:52.5.

All of the medallists were perfect with the rifle, with gold going to Anna Panferova in 48:07.9.

Vera Khlyzova added to her two cross-country titles with silver in 49:43.5 and Mikhalina Lysova took bronze in 52:15.3.

In the men's individual standing, Russia's Vladislav Lekomtsev missed a single shot en-route to victory in 40:43.5.

Frenchman Benjamin Daviet shot clean but had to make do with silver in 40:46.6, while Ukraine's bronze medallist Ihor Reptyukh also did not miss, timing in at 40:51.6.

Oleksandra Kononova led a clean sweep of the podium for Ukraine in the women's standing, missing one shot in a time of 50:25.7.

Yuliia Batenkova-Bauman missed two shots in second place with her time of 52:15.3 and Bohdana Konashuk took bronze with one missed shot, clocking 52:18.0.

In sitting competition Martin Fleig won men's gold for Germany with a perfect shooting record in 41:54.7.

Taras Rad of Ukraine took silver, missing one shot in 41:55.1, while Canada's Collin Cameron also failed once as he ended in 42:00.8 for bronze.

American Kendall Gretsch captured the women's sitting title by shooting clean in a time of 45:12.5.

Her compatriot and triple cross-country winner Oksana Masters missed once to earn silver in 46:25.5, as Marta Zainullina of Russia failed twice in 49:36.2 in third.

Lillehammer, the host of the 1994 Winter Olympics and Paralympics, is preparing to host the 2021 Para Snow Sports World Championships.