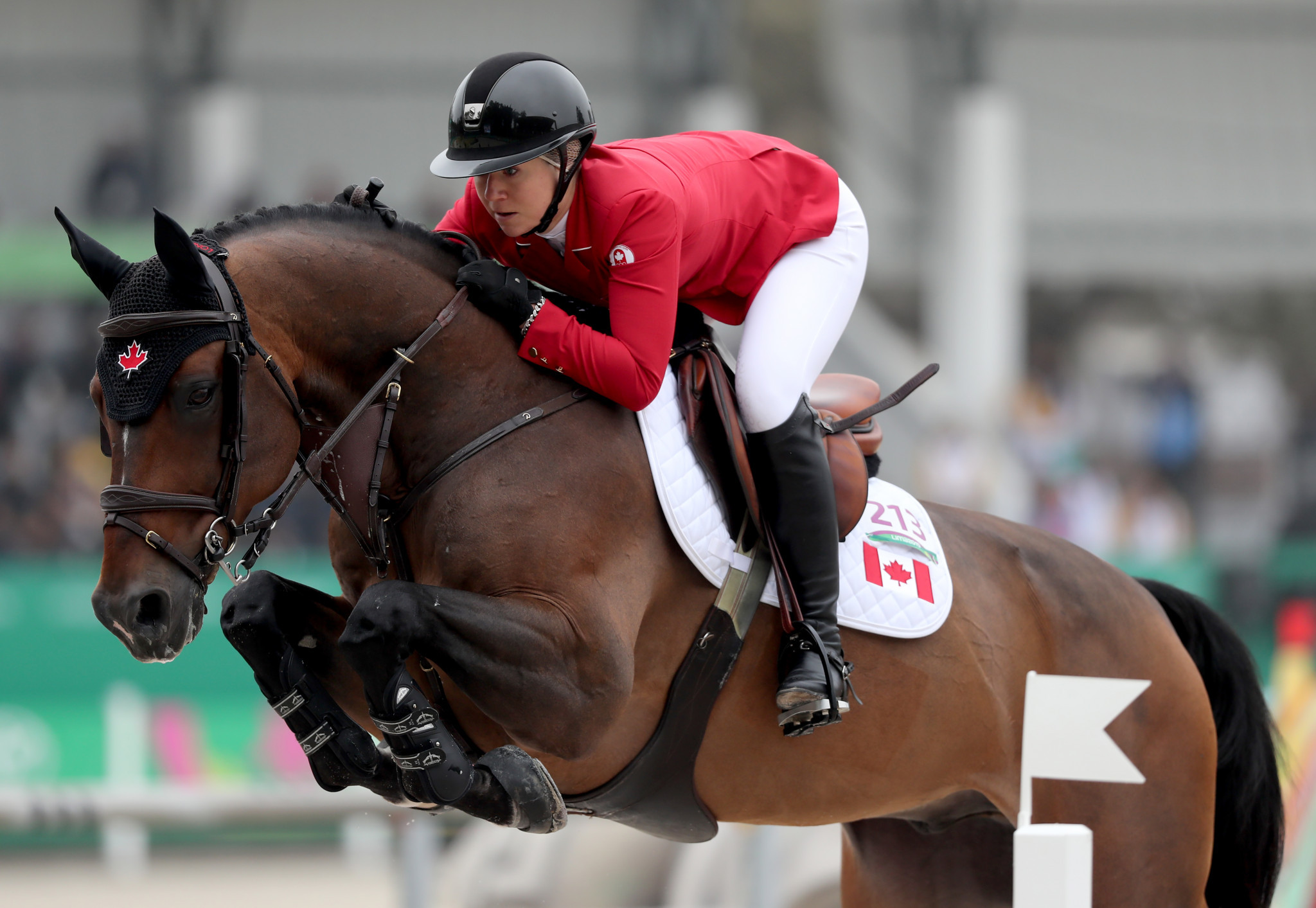 Canada's showjumping team has been denied its spot at next year's Olympic Games in Tokyo, due to an anti-doping violation involving rider Nicole Walker.

The FEI confirmed a sample taken from Walker on August 7 tested positive for benzoylecgonine, a metabolite of cocaine.

The sample was taken on the day of the team showjumping final at the Pan American Games in Lima, where the Canadian team, also including Erynn Ballard, Lisa Carlsen and Mario Deslauriers, finished fourth.

Canada secured a Tokyo 2020 quota place due to their finishing position, with berths awarded to the top-three teams who had yet to qualify for the Olympics.

Walker had a hearing earlier this month with the Panam Sports Disciplinary Commission, which disqualified her scores in the individual and team events.

In team showjumping, the lowest score among four riders is dropped from the total.

Argentina moved up from fifth spot to claim the last Tokyo 2020 berth.

As reported by The Canadian Press, Walker is appealing the decision to the Court of Arbitration for Sport (CAS) saying she inadvertently ingested a cocaine metabolite by drinking coca tea during Lima 2019.

"The team deserves to go to the Olympics," Walker said in a statement.

"My priority right now is to continue to fight for the Canadian equestrian team."

Walker's lawyer Tim Danson said there is no basis in fact or law to disqualify Canada from Tokyo 2020.

"Canada qualified for the Olympics fair and square, even if the scores Nicole earned after she drank the coca tea are discounted,” he added.

If Walker is unsuccessful in appealing the decision, Canada can only send one rider to Tokyo 2020 to compete in the individual event.

"EC remains firmly committed to clean sport and to standing behind our athletes," the national governing body said.

"We fully support Nicole's decision to bring an appeal forward to the Court of Arbitration for Sport."

The coca plant is grown as a cash crop in Peru and primarily used in making coca tea.

It is best known for its psychoactive alkaloids, which can be chemically extracted to concoct cocaine.

Drinking coca tea is reportedly legal in some South American countries, including Peru, where it is considered an altitude sickness remedy.

As things stand, Argentina are one of 20 teams currently qualified for the team showjumping competition at Tokyo 2020.

China, Egypt, Ireland, New Zealand and Qatar are also among the qualifiers.