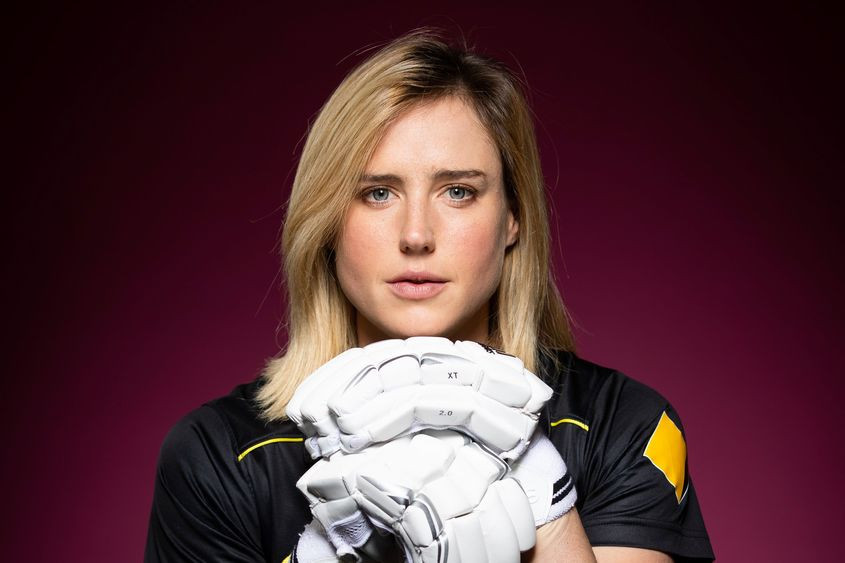 Perry has had a stellar year, with three centuries, including one in the Women's Ashes Test.

"It's an amazing honour and I'm a little bit shocked, given how many amazing performances there have been across the year," said Perry, who has won the Rachael Heyhoe-Flint Award for the second time in three years - the first as the inaugural winner in 2017.

"It's amazing to be acknowledged and I do truly appreciate it.

"It's a really nice way to finish the year on a personal note."

Upon being named ODI Player of the Year, Perry said: "It's been nice to have a chance to tour so consistently with the Australian team.

"It's been an amazing year.

"I've really enjoyed all of it and it's just been nice to be a part of it.

"It's so exciting that the T20 World Cup is here at home early next year, and with the target of the final at the MCG (Melbourne Cricket Ground), it could be a really special moment in the game's history."

Named as T20I Cricketer of the Year for the second year running, Healy entered the record books in October, scoring a world record 148 off 61 balls against Sri Lanka - the highest score by a woman in T20Is.

The wicketkeeper-batter reached her half-century off 25 balls and her maiden hundred off just 46, for the fastest century ever by an Australian man or woman.

Both Perry and Healy have also been named in the ICC women's ODI and T20I teams of the year, alongside fellow Australian and national team captain Meg Lanning, who has been named as skipper of both the 50-over and 20-over sides.

Thailand bowler Chanida Sutthiruang has been named ICC Emerging Cricketer of the Year.

The 26-year-old, right-arm seamer has enjoyed outstanding success with the national side, as they set a new world record of 17 consecutive T20I wins, took victory in a quadrangular series featuring Ireland, The Netherlands and Scotland, and finished top of their group at the ICC T20 World Cup Qualifier in Scotland earlier this year.

Here's the ICC Women's T20I Team of the Year, with Meg Lanning as the captain!#ICCAwards pic.twitter.com/LaAnZE5YH3

Next year's ICC Women's T20 World Cup, in Australia from February 21 to March 8, will see Thailand compete at their first-ever World Cup - in women's or men's cricket, T20I or 50-over.

Qualification was assured with a second-place finish at the ICC T20 World Cup Qualifier, thanks in much part to 12 wickets for just 68 runs from Sutthiruang.

"On behalf of the ICC, I would like to offer our sincere congratulations to Ellyse, Alyssa and Chanida on their well-deserved individual accolades, as well as the other players who have made teams of the year," Manu Sawhney, chief executive of the ICC, said.

"I'd like to pay particular tribute to Ellyse on winning both the Rachael Heyhoe-Flint trophy and the ODI Cricketer of the Year.

"She has achieved so much over the last 12 months, and becoming the first cricketer in history to complete the double of 1,000 runs and 100 wickets in T20 international cricket is an exceptional achievement.

"Chanida's emerging player award recognises the huge achievement of Thailand in qualifying for their first-ever ICC global event and we're looking forward to seeing more of her and her team mates at the ICC Women’s T20 World Cup in Australia next year.

"The form of all of the players recognised in the ICC Awards 2019 makes next year's event such an exciting prospect, as the world's best cricketers go head-to-head for a global title.

"Fans around the world are certainly in for a treat."