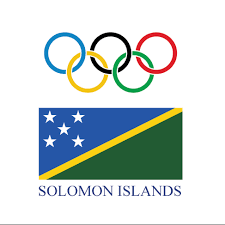 Historic documents relating to the formation of the Solomon Islands National Olympic Committee have been donated to the organisation's archives by Christian Suaga, the organisation’s first President.

Suaga, who became the first Solomon Islands NOC President in 1983, handed the information over to Francis Manioru, chairman of the NOC’s Athletes Commission, who was visiting him in Auki as part of a legacy project.

The former NOC President told solomonstarnews he was happy to be visited, and added that the NOC was the right body to have the documents, which include a copy of the first NOC constitution.

“These are documents which I believe will help the current NOC,” Suaga said.

Speaking to Sunday Sport, Manioru added that the information was a rich addition to the legacy part of the country’s Olympic movement.

"All the information contained in the document will help the NOC to achieve its aims and objectives,” he said.

He thanked Suaga for handing the documents over, and said they would be archived.