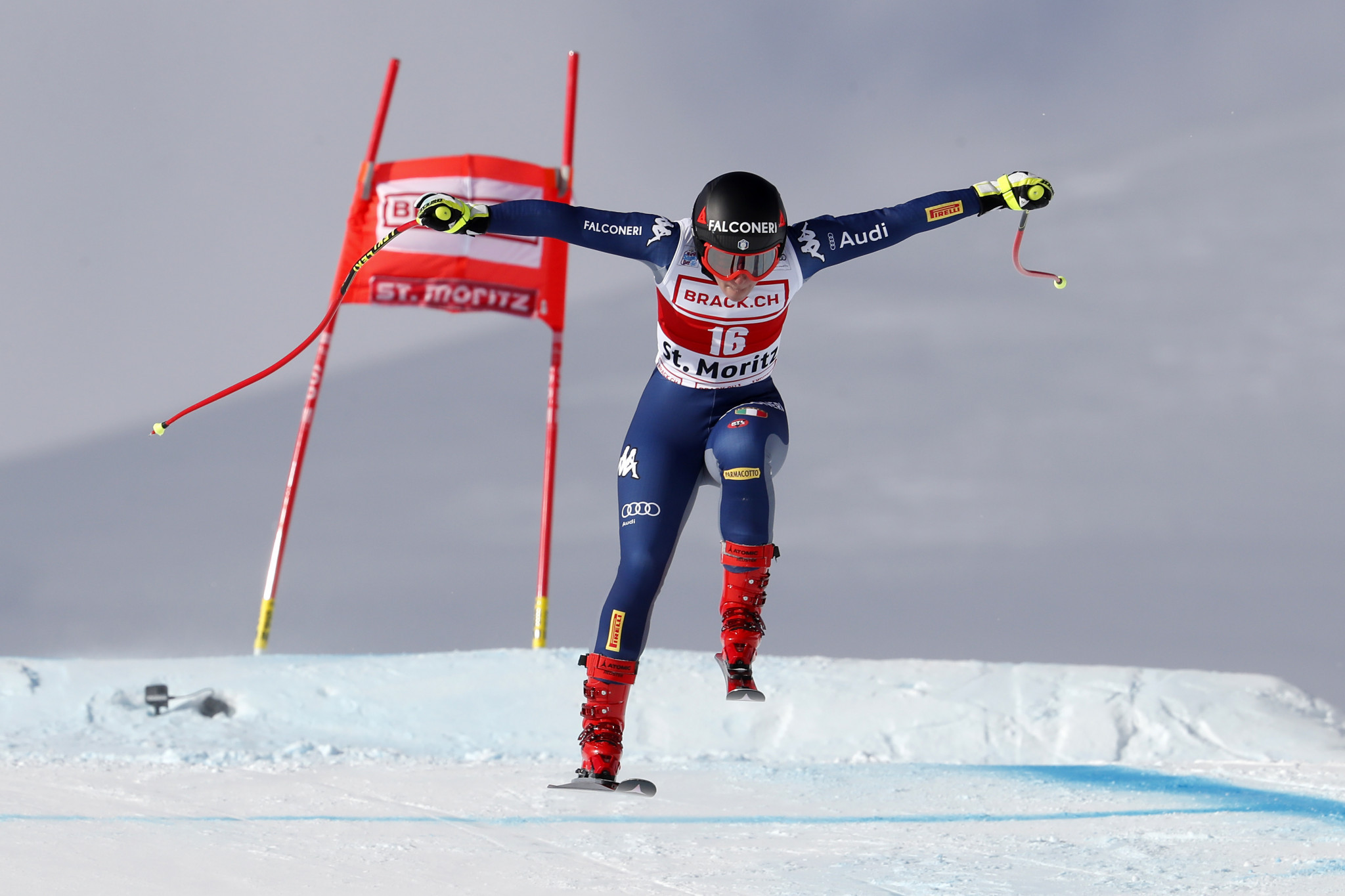 The World Championship silver medallist produced an impressive display on the Swiss slopes.

Goggia lost one of her ski poles during the event, but was still able to achieve a time of 1min 12.96sec.

Her time was narrowly enough to secure a first victory of the season, ahead of team-mate Federica Brignone.

“I've unlocked myself taking serious risks, as usual, but I wanted this result after Lake Louise.”

Brignone finished 0.01 second adrift of Goggia’s time to finish the competition as the runner-up.

World champion Mikaela Shiffrin completed the podium places by finishing in a time of 1:13.09.

The American has now finished on the podium in six of the eight World Cup competitions so far this season.

Competition will continue tomorrow with a parallel slalom event in St Moritz.