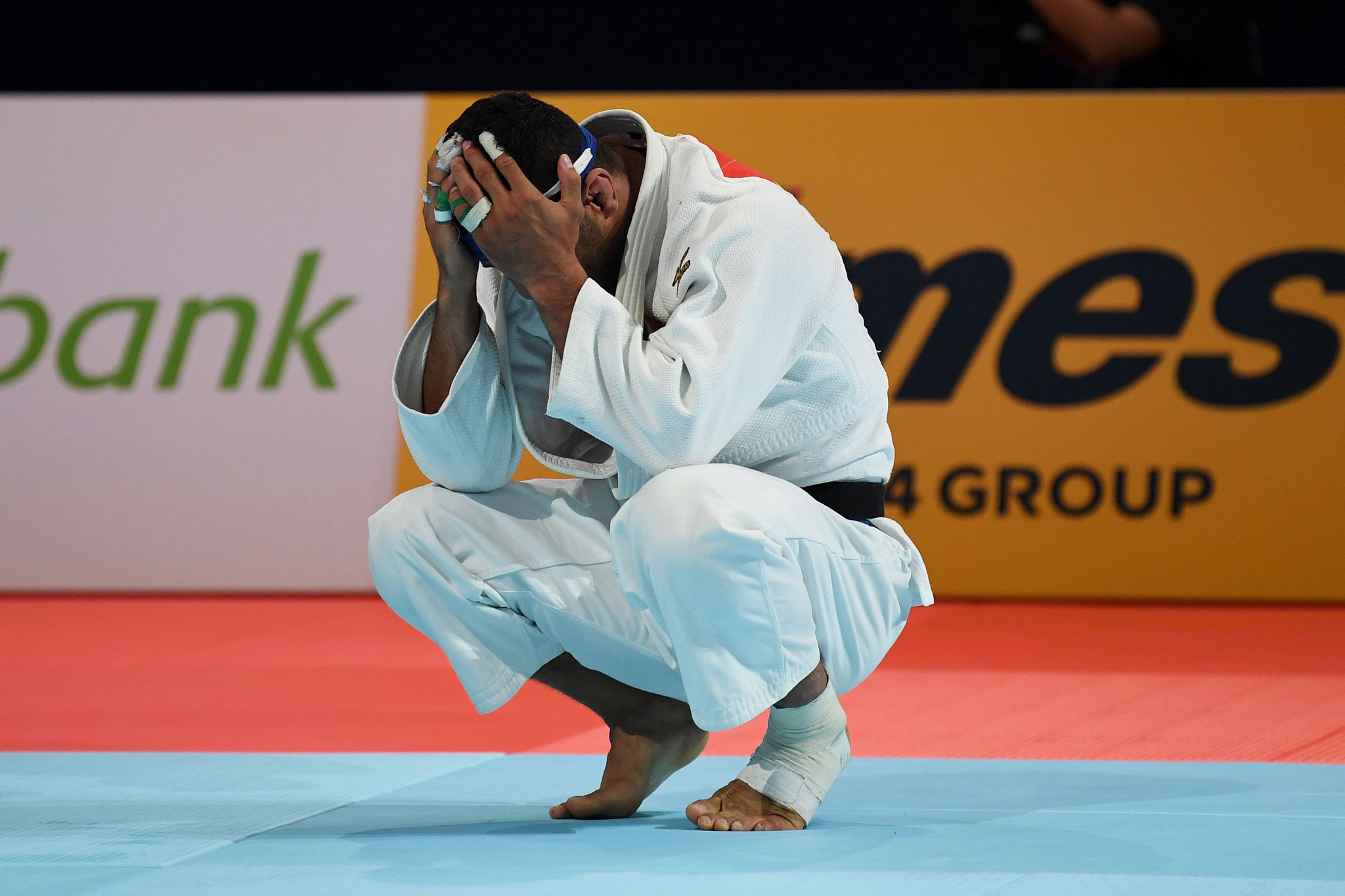 Saeid Mollaei's debut for Mongolia ended in disappointment, losing his first-round bout in the under-81 kilograms category at the International Judo Federation World Judo Masters in Qingdao.

Mollaei, who defected from Iran after being ordered to throw his semi-final at this year's World Judo Championships rather than set up a potential clash with Israeli rival Sagi Muki, was beaten by Italy's Christian Parlati.

The former under-81kg world champion, granted permission to represent Mongolia by the IJF earlier this month, could have faced Muki had he progressed.

Muki went on to reach the final, but withdrew before the gold-medal bout with world silver medallist Matthias Casse of Belgium because of injury.

Nabekura, the world number six, beat the French star for the first time and avenged the defeat she suffered to Agbegnenou in the final at last year's event.

The Japanese judoka earned the solitary score after five minutes of additional time in a tense final at the Qingdao Sports Centre.

Bronze medals in the weight class went to the Japanese duo of Miku Tashiro and Masako Doi.

Polling beat her compatriot by two scores without reply to continue her superb recent run of form.

World champion Marie Eve Gahie of France and Japan's Chizuru Arai were the recipients of the bronze medals.

The other men's final contested today also ended in a walkover, due to an injury suffered by Israel's Tohar Butbul.

The competition concludes with the last five categories tomorrow.