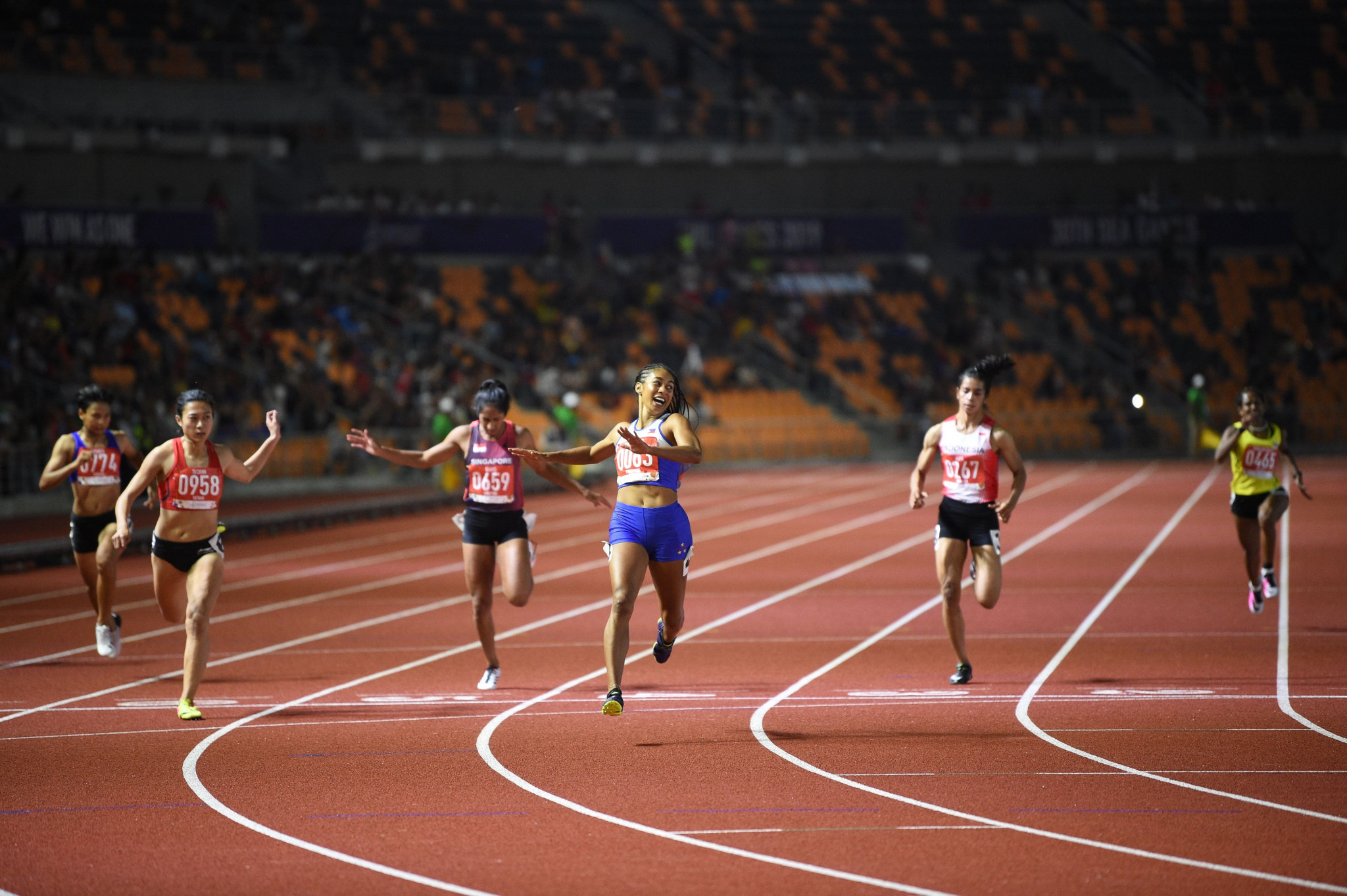 The host nation in the Southeast Asian Games currently taking place in the Philippines has lifted its gold medal total to 89, adding 18 titles today with four days of action still remaining.

That brings the Philippines close to its previous highest marks of 91 golds, in 1991, and 112 in 2005, when both events took place in Manila.

The hosts now have a total of 221 medals and look set to seal top spot in the table.

Indonesia are second in the medals table with 50 golds, ahead of Vietnam, which has accrued 41 titles in this biennial multi-sport event that is, this year, being held for the first time in 23 cities across four main clusters in the host nation.

Success in a wide range of sports - capped by sensational finishes in track and field - catapulted the Philippines' tally past the 200-medal mark.

Jeordan Dominguez of the Philippine taekwondo team rules the men’s individual freestyle poomsae competition. This is the fourth gold medal of the country for taekwondo today! 🥇 #WeWinAsOne #2019SEAGames #PHforOne pic.twitter.com/dBrvtAoo69

The total was supplemented by victories in martial arts such as taekwondo and karate,

The Filipino rowers opened day seven with canoe and kayak wins led by Hermie Macaranas  in the men’s canoe 200 metres.

Three poomsae titles in taekwondo, the men's doubles championship in tennis,.a strong finish in fencing and another gold medal from skateboarder Margielyn Didal helped to swell the day's golden collection for the hosts.

But the day's highest profile wins were by pole vaulter EJ Obiena and sprinter Kristina Knott, the latter winning the women's 200m title in Clark.