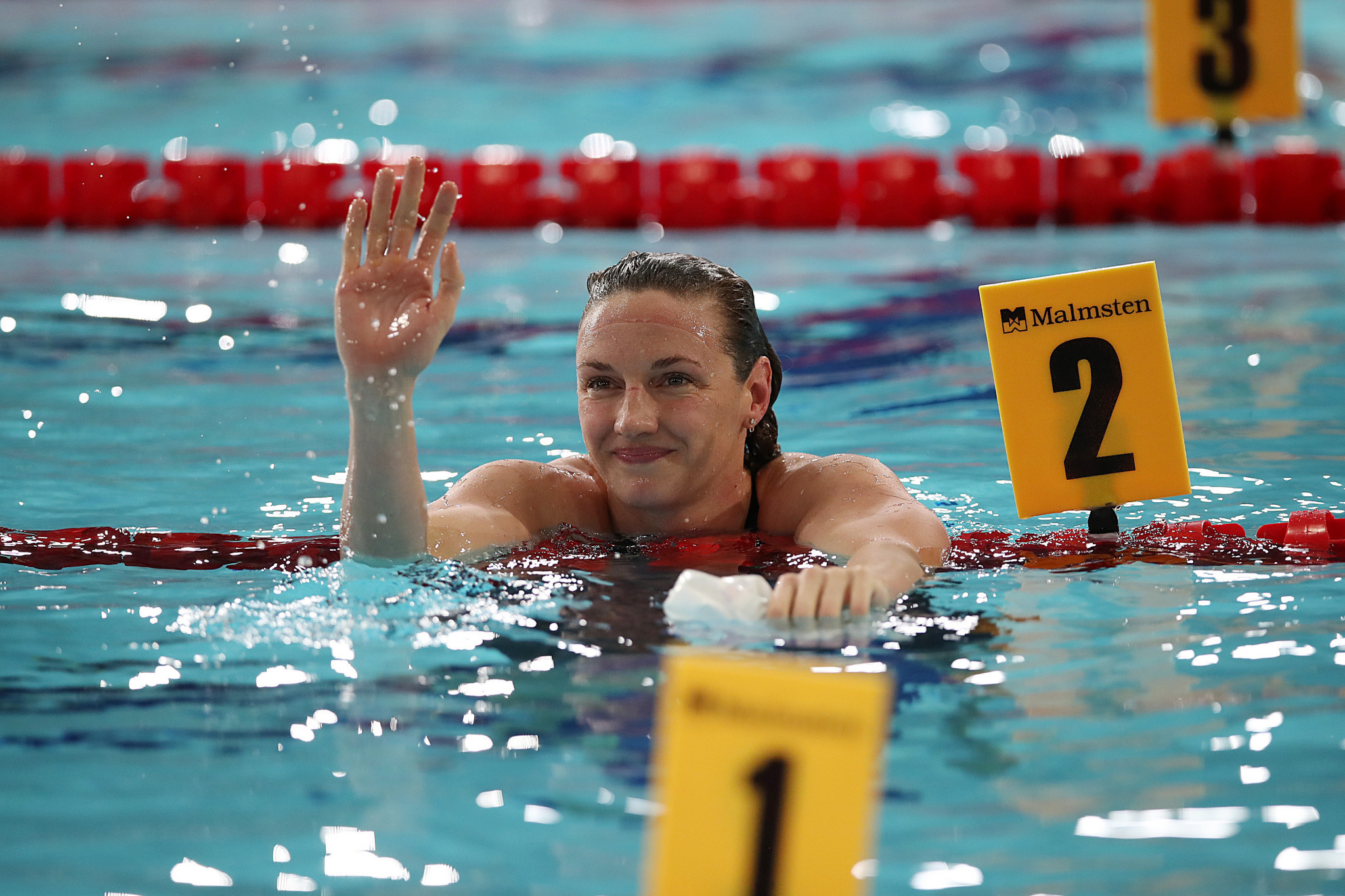 Hosszú won the women’s 200m individual medley final, the second medal event of the evening at the Tolcross International Swimming Centre, in 2min 04.68sec ahead of Switzerland’s Maria Ugolkova, who took silver in 2:06.59, and Britain’s Siobhan-Marie O’Connor, third in 2:06.74.

Earlier, Italy’s Martina Carraro had won the women’s 100m breaststroke gold in 1:04.51 ahead of compatriot Arianna Castiglioni, who clocked 1:05.01.

Britain’s Freya Anderson, winner of the previous evening’s women’s 100m freestyle, added a second gold in the 200m freestyle, clocking 1:52.77 ahead of Italy’s Federica Pellegrini, who touched the wall in 1:52/88, and Femke Heemskerk of The Netherlands, who recorded 1:53.35.

Anderson added a silver in the final event of the evening as Britain finished second in the mixed 4x50m freestyle, clocking 1:28.14 behind a Russian team including Vladimir Morozov which won in 1:28.31, with France taking bronze in 1:28.86.

The first men’s final of the night, the 100m breaststroke, was won by Amo Kamminga of The Netherlands in 56.05sec, with Ilya Shymanovich of Belarus second in 56.42 and bronze going to Italy’s Fabio Scozzoli in 56.55.

Oleg Kostin of Russia won the men’s 50m butterfly in 22.23 ahead of Hungary’s Szebasztián Szabó, who clocked 22.35, and Turkey’s Uemitcan Gueres, who recorded 22.38.

Kira Toussaint of The Netherlands won the women’s 50m backstroke title in 25.84, ahead of France’s Beryl Gastaldello, who clocked 26.03, and Poland’s Alicja Tchorz in 26.16.