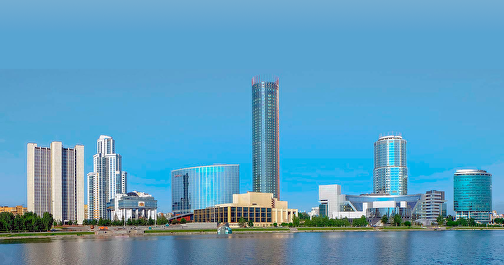 The Russian city of Yekaterinburg will host the inaugural Combat Sports World University Championship in 2022.

The competition is expected to be the first of its kind, with simultaneous tournaments for boxing, karate, muaythai, sambo, wrestling and wushu.

Almost 40 cities around the world were also attributed the rights to hold an International University Sports Federation (FISU) World University Championship in 2022 and 2024, with a double attribution system adopted for the first time.

"For the first time, FISU adopted a double attribution system for two seasons of the World University Championships and it was a great success," said Marian Dymalski, FISU International Technical Committee chair.

"Now that we have announced the attributions, we can ensure we provide the best possible support to the host cities to stage truly world class events."

Bridge and chess have already been grouped together as a Mind Sports Championship for 2020 and will be hosted in 2022 and 2024 by Antwerp in Belgium and Kampala in Uganda, respectively.

Lake Placid in the United States, expected to hold Winter Universiade in 2023, was attributed two Championships in 2022, beach volleyball and speed skating.

A combined Waterski and Wakeboard Championship is set to be held for the first time in 2022, in the Belarusian capital of Minsk.

"The programme includes traditionally popular ones like rowing and handball, but also sports that are growing rapidly in popularity, like beach volleyball and waterski and wakeboard."