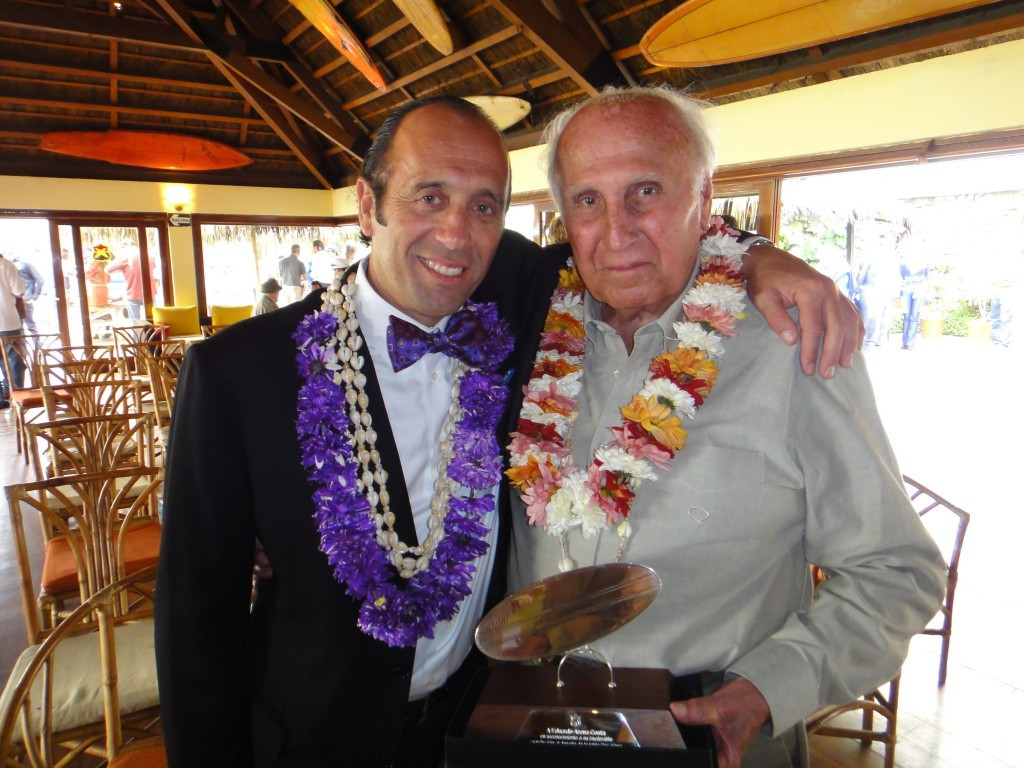 Arena was the first president of the ISA when it was run under the guise of the International Surfing Federation, and Aguerre reflected on a "sad day" for the surfing community following the Peruvian's death.

"The whole world of surfing would not be what it is if it weren't for what Eduardo did decades ago," Aguerre said.

"He was the President of the ISA and responsible for the Surfing World Championships until 1976.

"He did that, volunteering his time and resources, because he believed surfing was the greatest sport, and promoting surfing and its values was a service to the world."

Arena was responsible for running the ISF World Surfing Championships, an open, one-off event every two years between 1964 to 1972, when the sport's first world champions – Midget Farrelly and Phyllis O'Donnell – were crowned.

Aguerre met Arena for the first time in 2007, at a dinner in Lima in Peru.

He added: "During that dinner, Eduardo told me that he was sad I had not reached out to him earlier.

"I apologised, and told him that I sincerely did not know if he was around any longer.

Very sad day for Surfing... yesterday in Lima, Peru, the founder and 1st president of the ISA my good friend and surfing “dad” Eduardo Arena passed away. He was 92. The whole world of surfing would not be what it is if it weren’t for what Eduardo did decades ago. @ISAsurfing pic.twitter.com/Vn1rKN8C6d

"I told him that I was going to repair my mistake.

"We had a great time that night, and became friends for the rest of our lives."

A year later, Arena received a lifetime achievement award and the ISA World Masters Championship trophy was named after him.

"In 2019, when I presided over the Pan American Games surfing competitions in Punta Rocas, his favorite surf spot, we had a great time together," added Aguerre.

"He was in attendance every day.

"We even sat with him and the president of Peru the whole afternoon of the last day.

"To my ultimate pleasure and happiness, Eduardo was now a witness of the continuation of his job that I started in 1994, when I was first elected.

"I badly hoped he would live to see Olympic surfing, a cause dear to his heart."