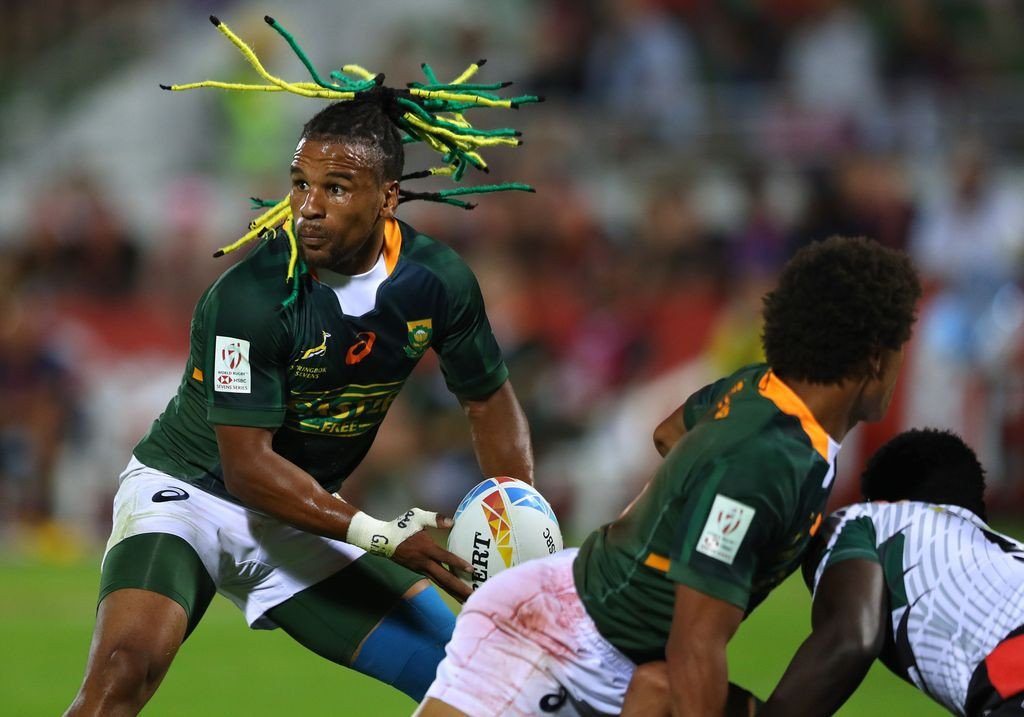 Fiji, South Africa and the United States all survived scares to claim wins on the opening day of the World Rugby Sevens Series event in Dubai.

Defending series champions Fiji held off a fast-finishing Japan to triumph 24-17 at The Sevens Stadium in the United Arab Emirates city.

Fans were expecting the Fijians to run in the tries against the invitational side and there were only 25 seconds on the clock when Vilimoni Botitu opened the scoring.

Jerry Tuwai, the 2019 World Rugby Men's Sevens Player of the Year, then reacted fastest when the ball skewed out of a Japanese scrum to score Fiji's second, but it was 10-5 at half-time after Yoshikazu Fujita touched down.

Brothers Isoa Tabu and Sevuloni Mocenacagi pushed Fiji clear, only for Japan to come back again, cutting the final deficit to seven points with tries by Fujita and Kippei Ishida.

Today's other match in Pool A saw France edge Argentina 12-10.

Carlin Isles raced away for the opening try, before series debutant Aaron O'Sullivan replied for Ireland.

The US did, though, take a 12-10 lead into half-time after Danny Barrett powered over.

Ireland's Jordan Conroy was denied a try when referee Richard Kelly judged the final pass to be forward, and it was not long before American Perry Baker raced away to score and team mate Barrett added his second.

Ireland did have the final say, though, with Terry Kennedy and Jack Kelly tries narrowing the winning margin to just five points.

The US were joined in picking up a win in Pool B by Australia, who were the day's top scorers with seven tries in a 43-14 victory over Scotland.

As for Pool D, South Africa had to come from behind to defeat Kenya 17-12 in the last match of the day.

South Africa scored first through Ryan Oosthuizen, who was then bounced aside as Alvin Otieno powered down the line to the delight of the Kenyan fans.

Within a minute, Kenyan supporters were on their feet again as Vincent Onyala claimed a cross-field kick on the bounce one-handed and tiptoed down the touchline to make it 12-5 at half-time.

England put Spain to the sword in the other Pool D match, 36-7.

In the same section, Samoa were 19-12 victors at the expense of Canada.

Action continues tomorrow with the two remaining rounds of pool play, before the knockout stages on Saturday (December 7).