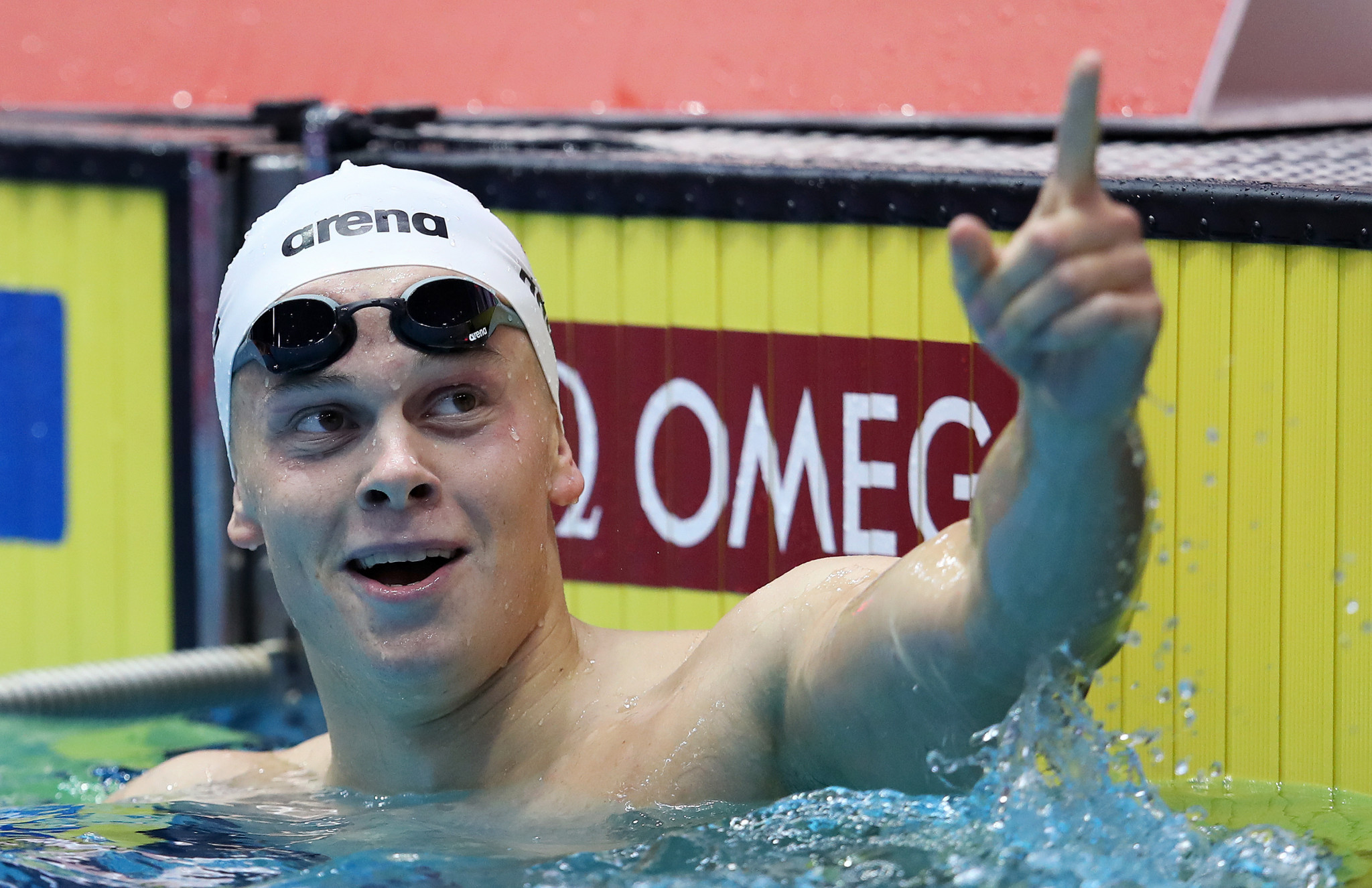 Rapšys produced an impressive performance, as the 20th edition of the Championships began at Tollcross International Swimming Centre.

It was Rapšys' second gold medal at the Championships, after he won the men’s 200m freestyle title two years ago in Copenhagen.

Hungarian star Katinka Hosszú triumphed in the women's 400m individual medley, with a time of 4:25.10 earning her a 17th gold medal at the event.

She led a Hungarian one-two, with Zsuzsanna Jakabos placing second in 4:28.76, while Italy's Ilaria Cusinato completed the podium in 4:29.13.

Poland's Radosław Kawęcki won the men's 200m breaststroke title for the fifth time in his career, as the 28-year-old finished in a winning time of 1:49.26.

Germany's Christian Diener and Britain's Luke Greenbank completed the podium places, after finishing in times of 1:50.05 and 1:50.09, respectively.

Pilato achieved a world junior record time of 29.32 to win the event.

Her team mate Martina Carraro placed second in 29.60, while Ireland's Mona McSharry was third in 29.87.

Russian star Vladimir Morozov won the men's competition in a Championship record 25.51, with Turkey’s Emre Sakci trailing in second in 25.83.

Bronze was claimed by The Netherlands' Arno Kamminga, who finished in 25.84.

Morozov returned to the pool to help Russia win the men's 4x50m freestyle relay in a time of 1min 22.92sec.