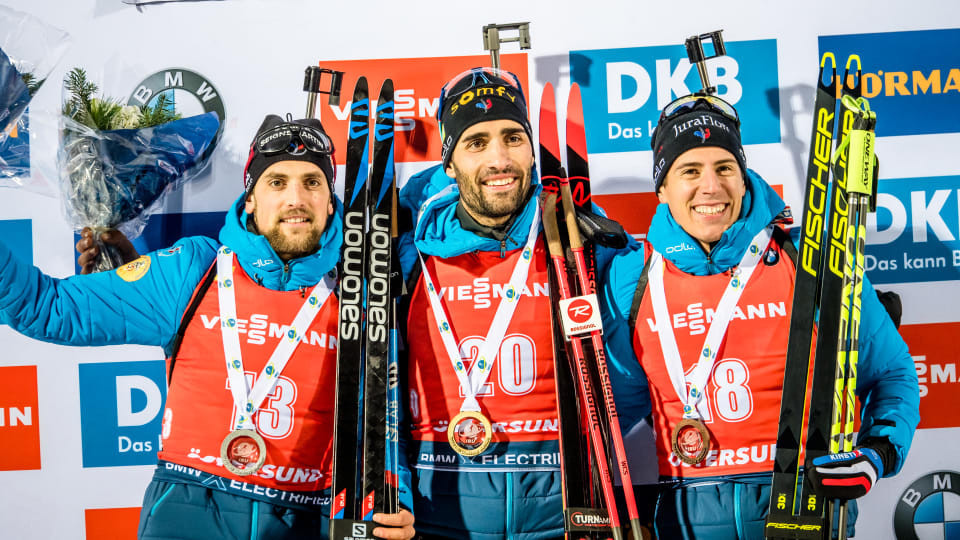 Martin Fourcade led a French sweep of the top four places in this evening’s men’s 20 kilometres individual competition at the International Biathlon Union World Cup in Östersund in Sweden.

The five-time Olympic champion took the lead after the first standing stage and was never challenged, finishing with a single penalty in 53 min 11.9sec.

Runner-up Simon Desthieux matched Fourcade on the shooting range, but finished 12.7 seconds back.

Quentin Fillon Maillet finished third, 1:50.8 back with three penalties, while Émilien Jacquelin completed the French domination with a personal best fourth-place finish, 2:17.8 back with two penalties.

Fourcade’s win secured his fourth men's 20km individual title in Östersund, his 14th in the discipline and his first victory since the pursuit in Austrian town Hochfilzen in December 2018.

Time to call it a day in #OST19 but the emotions of this men 20km individual will stay with us for long. If you missed it, you can catch up with these extended highlights or watch it on replay on https://t.co/Z1cUg2llYh pic.twitter.com/04eYWb5997

"I am so happy to be back after such a difficult season," he said.

"It has been almost one year since my last victory.

"It is one of the biggest achievements in my career.

"I am really proud to be back on that position, to back with the yellow jersey."

Action in Östersund is due to continue tomorrow with the women's 15km individual competition.