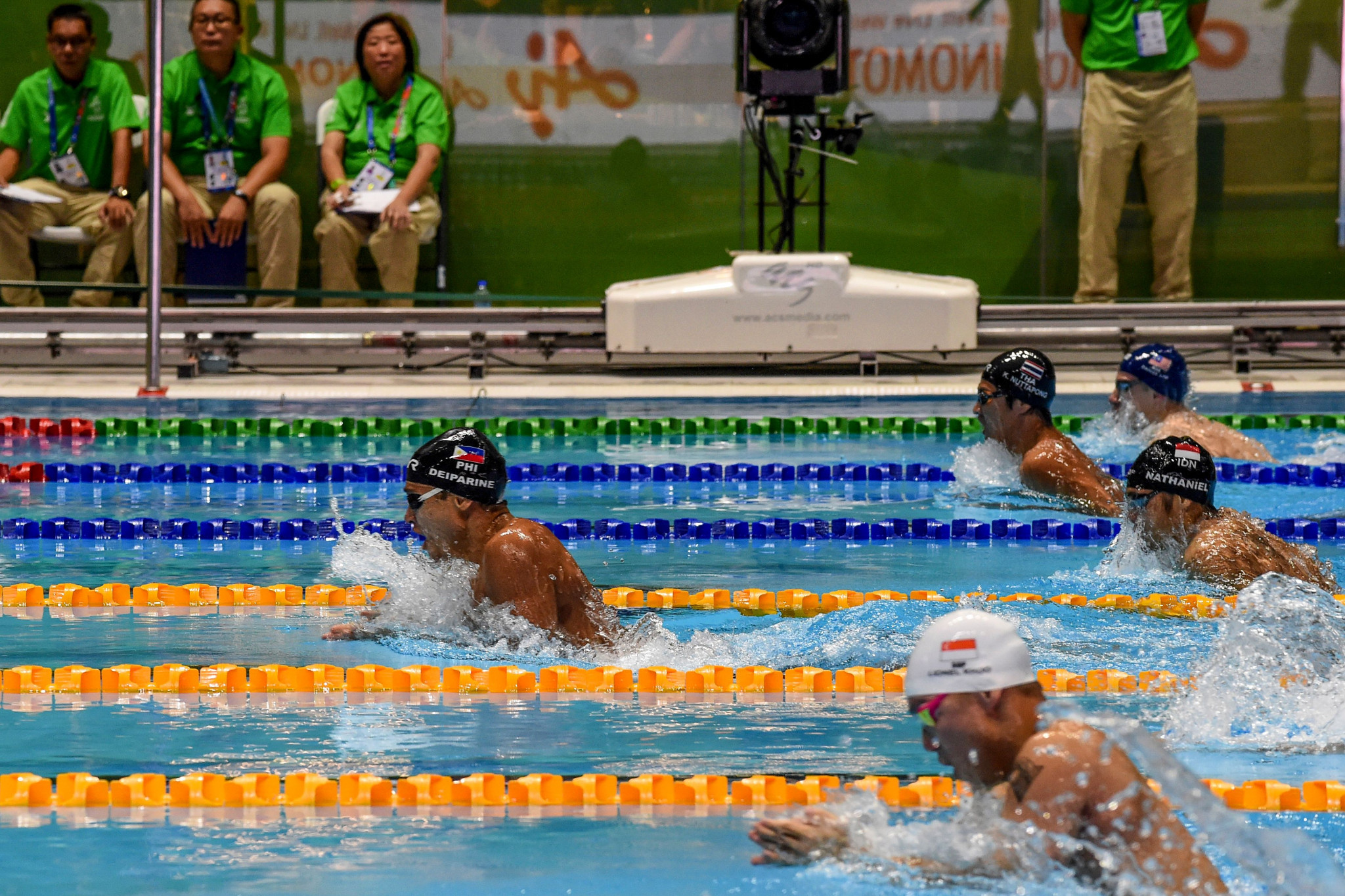 Hosts the Philippines added a further nine gold medals to their tally at the Southeast Asian Games today, moving onto 56 overall.

Four of the home nation's triumphs came in obstacle racing at Filinvest City, including wins for Kevin Jeffrey Pascua in the men's 100 metres and Rochelle Suarez in the women's 100m.

There was another gold medal for the Philippines over at the Aquatics Center in New Clark City, where James Deiparine came out on top in the men's 100m breaststroke in a Games-record time of 1min 1.46sec.

Among the other home winners was Kristel Macrohon in the women's 71 kilograms weightlifting competition.

She prevailed with a total of 216kg and was followed in the standings by Vietnam's Nguyễn Thị Vân and Indonesia's Tsabitha Alfiah Ramadani, with 214kg and 203kg, respectively.

She then joined forces with Franchette Shayne Quiroz and Elvie Baldivino to win the team competition.

The country leads the medal standings with 56 golds, 41 silvers and 22 bronzes.

They are followed by Vietnam, with 27 golds, 32 silvers and 34 bronzes.

Third place is still occupied by Malaysia with 21 golds, 12 silvers and 22 bronzes.