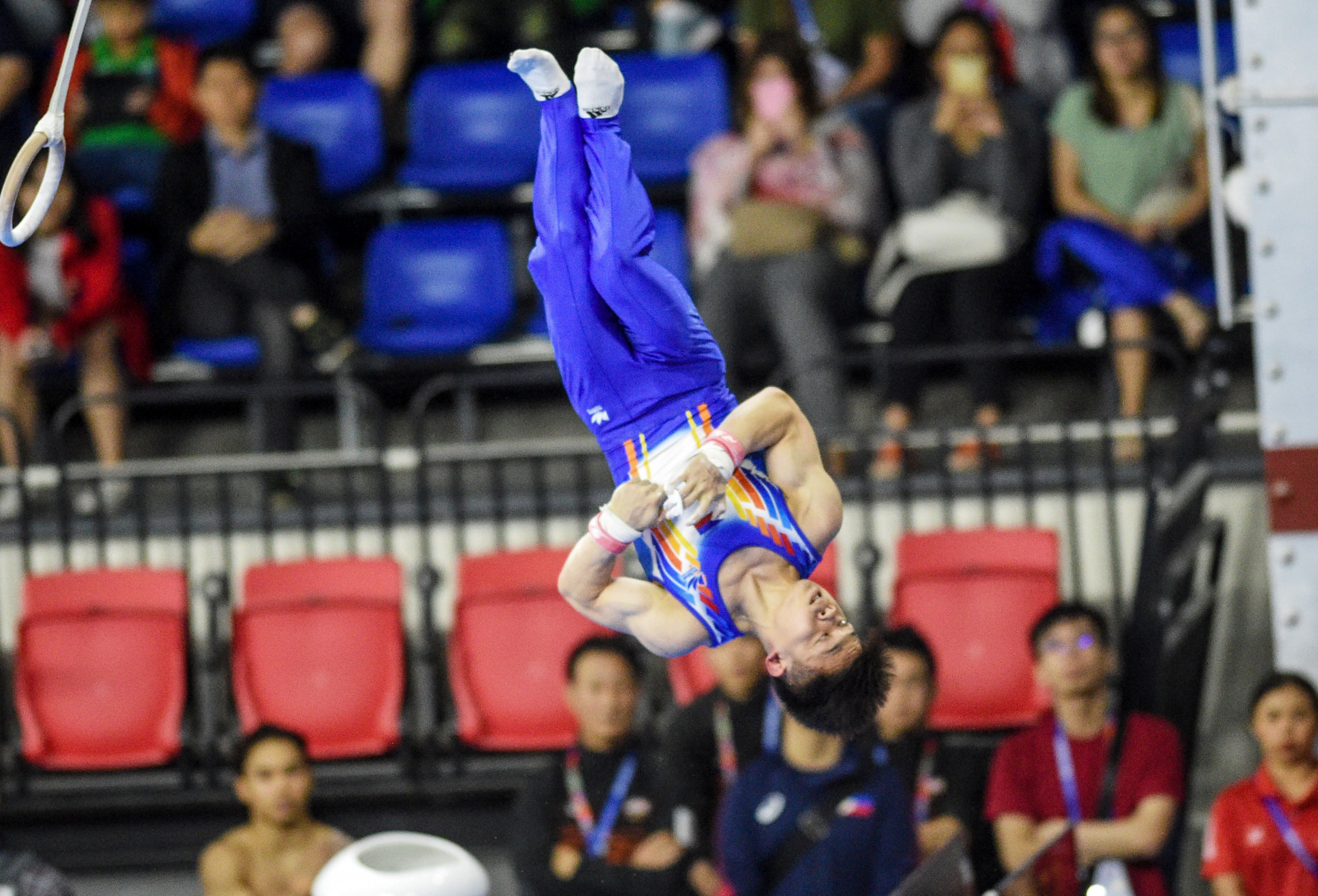 The hosts Philippines maintained their comfortable lead in the Southeast Asian Games medal standings, on a day when Typhoon Kammuri forced organisers to reschedule around half of the events.

The home nation picked up two more gold medals in arnis, taking their overall tally in the indigenous martial art to 14, and also won six in wushu.

The pair of arnis titles were delivered by Crisamuel Delfin and Mary Allin Aldeguer, in the men's and women's non-traditional open weapon competitions, respectively.

Delfin scored 9.830 points to beat Vietnam's Ngô Văn Huỳnh to victory, while Aldeguer also held off a Vietnamese opponent in Triệu Thị Hoài to triumph with 9.630.

Among the Philippines' winners in wushu was Agatha Chrystenzen Wong, who added to her success in the women's taijiquan event by claiming the taijijian crown with 9.650 points.

A total of 14.700 points proved to be enough for Yulo, with Thailand's Tikumporn Surintornta second on 13.833 and Malaysia's Zul Bahrin Mat Asri third on 13.767.

The Filipino had to settle for second place, however, in the men's pommel horse and men's rings to Malaysia's Tan Fu Jie and Vietnam's Đặng Nam, respectively.

The Philippines lead the medal standings with 47 golds, 31 silvers and 17 bronzes.

They are followed by Vietnam, with 23 golds, 27 silvers and 25 bronzes.

Third place is still occupied by Malaysia with 18 golds, five silvers and 14 bronzes.

Organisers have pledged competition will finish on time, despite the impact of Typhoon Kammuri - locally dubbed "Tisoy" - on today's schedule.

The storm, which made landfall late yesterday, wreaked particular havoc on water-based and outdoor events - at least 16 were postponed.

"It's not safe to play and we apologise," Tats Suzara, the chief operating officer of the Philippine Southeast Asian Games Organising Committee (PHISGOC), was reported as saying by Agence France-Presse.

PHISGOC insist that the multisport event, which opened on Saturday (November 30), will not go beyond its scheduled finish date of December 11.

"We are prepared to take the necessary precautionary measures to secure the safety of all of our guests and athletes," a statement reads.