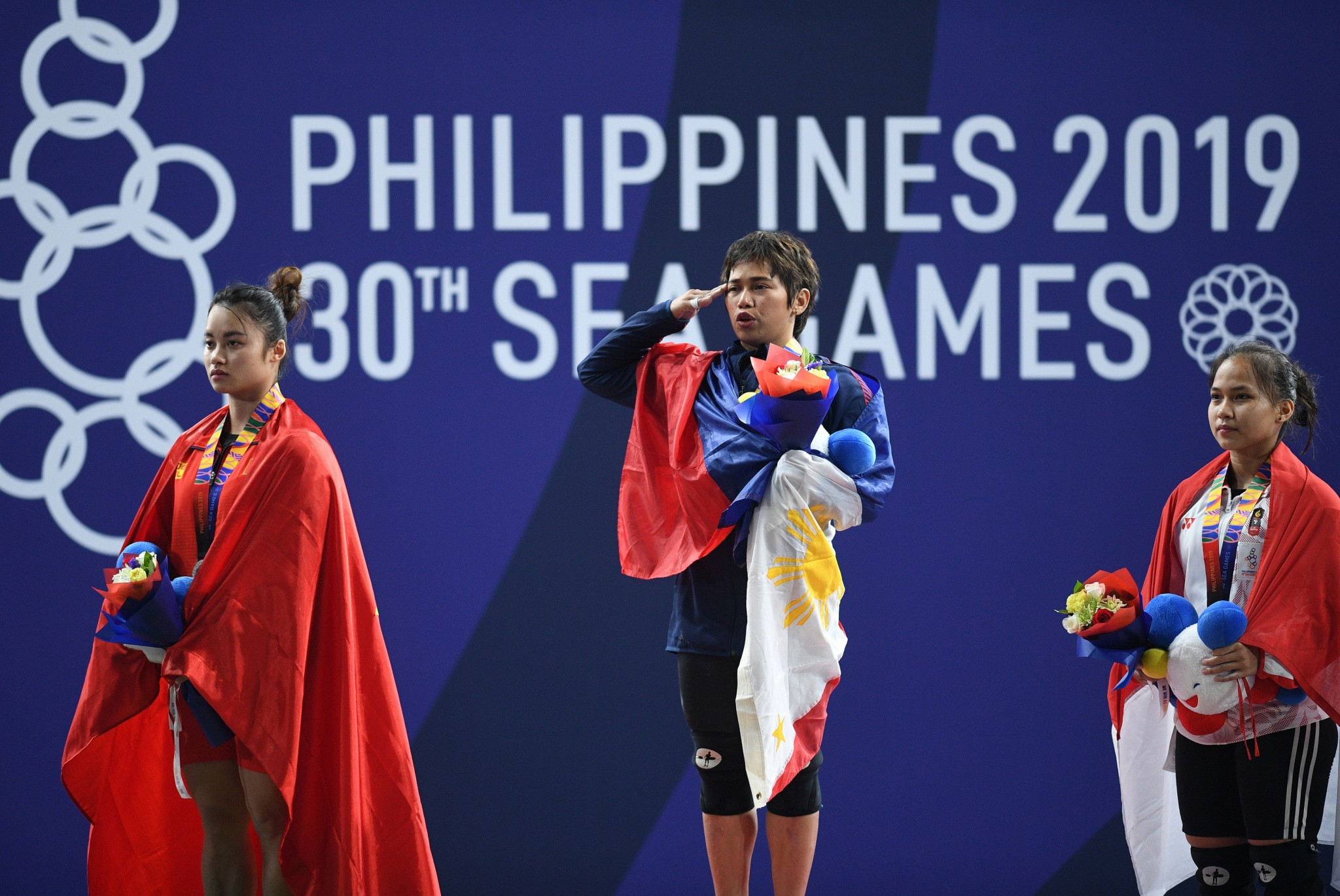 Hosts the Philippines collected a further 15 gold medals today to move onto a total of 38 at the Southeast Asian Games.

Among the home nation’s winners was weightlifter Hidilyn Diaz, who came out on top in the women’s 55 kilograms event to claim her first title at the biennial event.

Diaz managed a total of 211kg to finish ahead of Vietnam’s Nguyễn Thị Thúy, second with 197kg, and Indonesia’s Juliana Klarisa, third with 175kg.

There was also success for the Philippines in the men’s and women’s 3x3 basketball events.

The men’s team beat Indonesia 21-10 in their final, while the women’s team defeated Thailand 17-13 in theirs.

Seven of the Philippines' wins came in the sport of arnis, an indigenous martial art, and the country’s gold medal haul for the day was rounded out by victories for Edmar Tacuel in men’s singles pencak silat, Monica Torres  in women’s individual duathlon, and Rodel Labayo and Angelo Morales in pairs lawn bowls.

The hosts also have 20 silver and 13 bronze medals to their name.

They are followed in the standings by Vietnam, with 15 golds, 20 silvers and 16 bronzes.

Third place is occupied by Malaysia with 10 golds, two silvers and seven bronzes.

Meanwhile, as reported by INQUIRER.net, the organisers of the 2019 Southeast Asian Games have claimed they are fully prepared to employ contingency measures once Typhoon Kammuri hits the country.

Tats Suzara, the chief operating officer of the Philippine Southeast Asian Games Organising Committee, revealed they have coordinated with competition managers and technical delegates for each sport.

Typhoon Kammuri, locally dubbed "Tisoy", is due to barrel through southern Luzon and Mindoro tonight and into tomorrow.

"Everything is set for full contingency, all venues, all technical delegates, venue managers are ready," Suzara said.