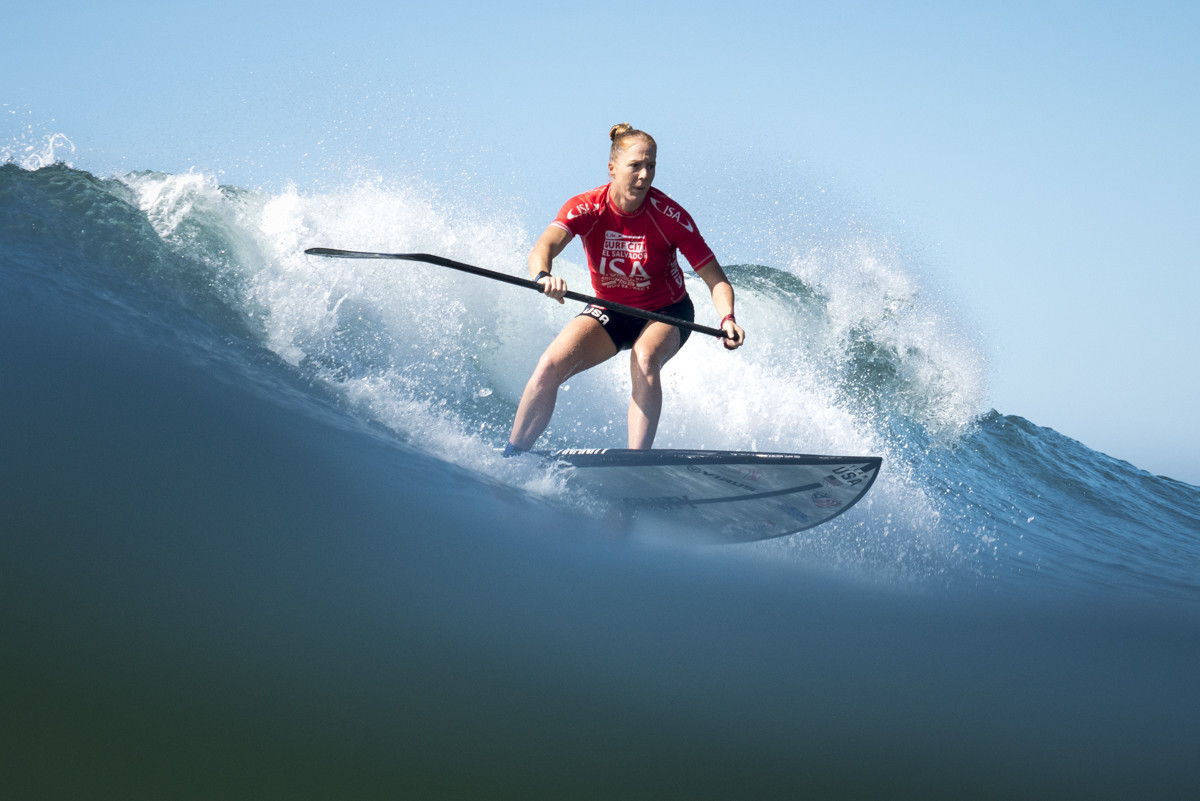 France lead Spain and the United States by 1,537 and 1,722 points respectively with just eight surfers left in both the men's and women's competitions.

Dupont came into the competition in the form of her life after conquering an estimated 70ft wave in Portugal earlier this month.

Official ratification of Dupont's achievement in Nazaré is still to come but it is thought the French star could have set a world record for the biggest wave ever recorded by a woman.

On the penultimate day of competition in El Salvador she booked her spot in the women's main event final as she top scored with an excellent wave which earned 8.5 points.

Compatriot Carpentier has dominated the men's rounds and he totalled 16.73 points to go into the men's main event final as the top seed.

Both Dupont and Carpentier will have a second bite at the cherry should their performance levels drop in those finals through the ISA's double elimination policy.

A defeat in the main event final would see them enter the repechage final, where they would have a last chance to reach the grand final.

Women's defending champion Shakira Westdorp is in no mood to relinquish her title and could have a role to play in where the gold medal ends up.

The Australian was only the third best qualifier for the main final with her waves totalling 11.97 points but has won the last three ISA SUP surf world titles and can't be ruled out.

Brother and sister duo Yuka and Riki Horikoshi could make history as the Championship concludes by becoming the first siblings to claim medals across both SUP surfing divisions.

Impressive Italian Airton Cozzolino scored the best wave on day seven with a 9.33 wave and could provide the fireworks for a dream result in his debut ISA World Championship.