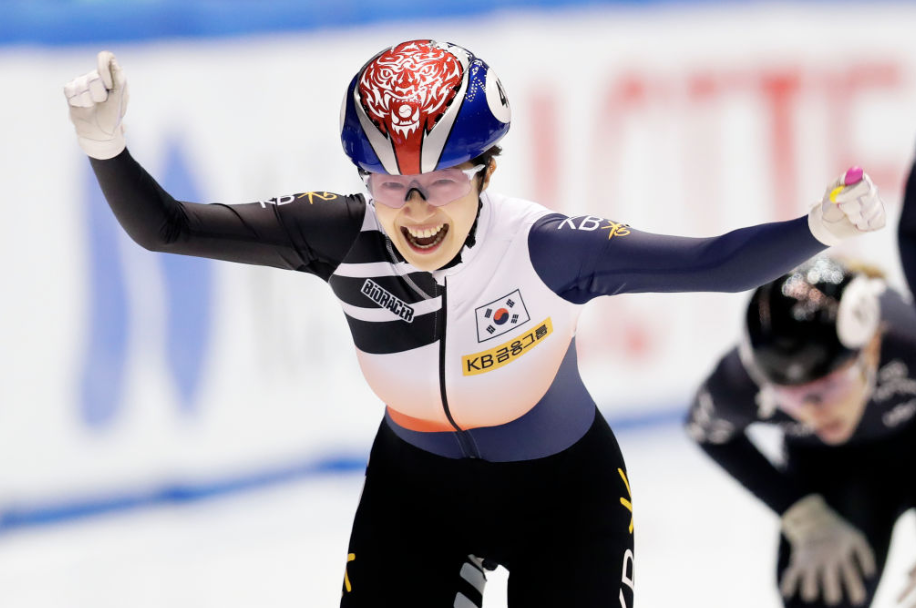 It was an incredible day for South Korean speed skaters at the International Skating Union World Cup Short Track in Nagoya, Japan.

On the first day of finals, they enjoyed a clean sweep of all five gold medals.

Kim took gold ahead of Canada's Kim Boutin in silver and Arianna Fontana of Italy in bronze.

Boutin was unable to add to her four World Cup victories so far this season.

South Korean dominance continued in the men's 1,500m, with Kim Dong-wook just a few strides ahead of compatriot Park In-wook as they crossed the finish-line - Japan's Keita Watanabe earned bronze.

💪 UNBEATABLE! It's a FOURTH straight 🥇for 🇰🇷 in Nagoya! Park Ji Won wins the Men’s 1000m ahead of Shaoang Liu 🇭🇺 and Semen Elistratov 🇷🇺

The ladies' 1,000m race was a thriller, with Suzanne Schulting of The Netherlands in the lead going into the final lap.

However, a smooth overtaking manoeurve on the outside by Noh Ah-rum gifted Korea their third gold of the night in a time of 1:32.19.

Schulting had to settle for silver, while American Kristen Santos rounded out the podium.

The men's 1,000m was a far more straightforward affair, with Park Ji-won cruising home in 1:26.64, leaving Hungary's Shaoang Liu and Semen Elistratov of Russia in his wake.

In the final race of the evening, the mixed 2,000m relay final A, it was no surprise to see South Korea take gold.

Russia went home with silver, with The Netherlands in bronze-medal position.

The final day of competition is tomorrow.

Nagoya is hosting the first of the two Asian legs of the World Cup, with action moving to Shanghai next weekend.