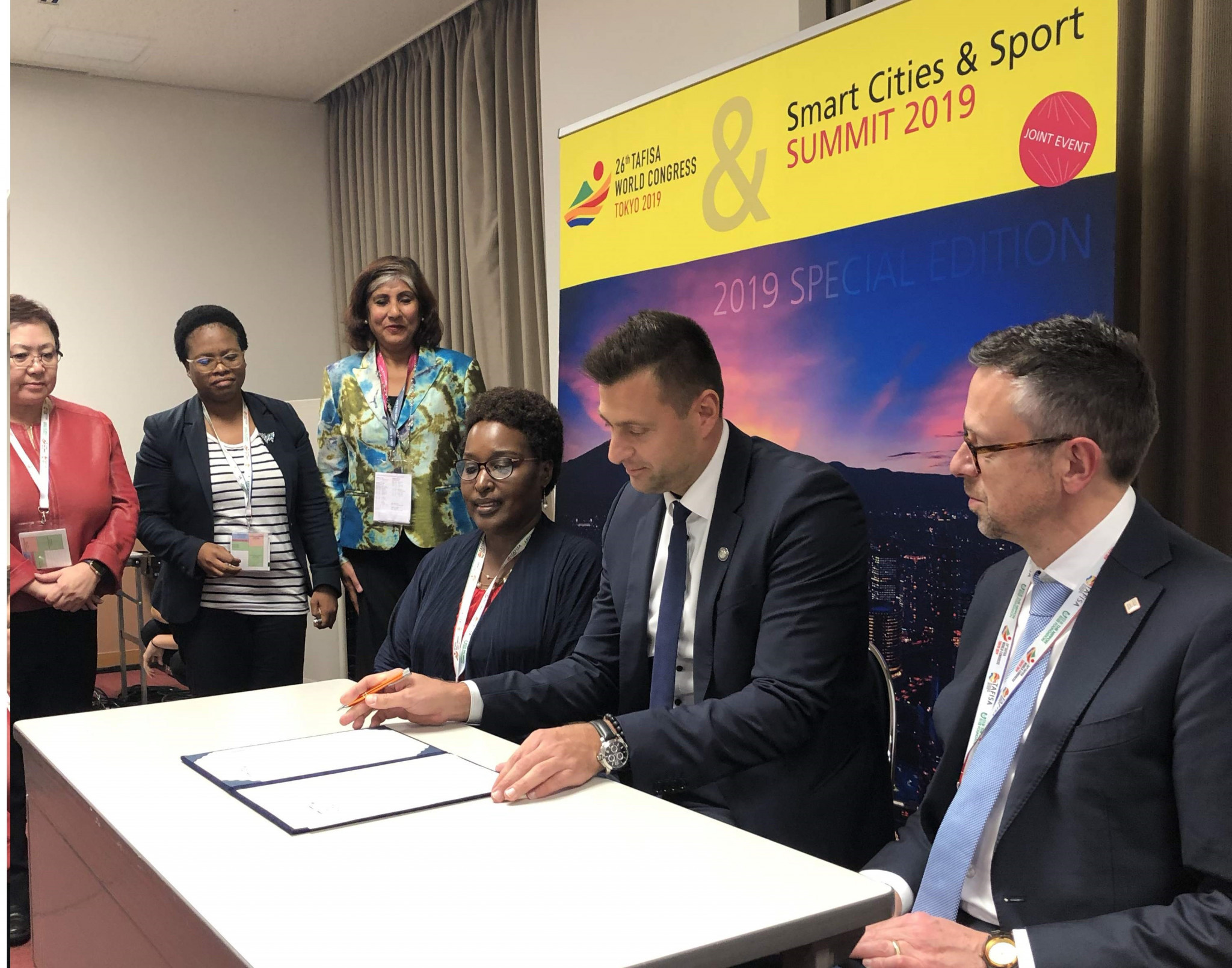 The International Teqball Federation (FITEQ) signed the Brighton plus Helsinki Declaration on Women and Sport and has been officially recognised as a member of The Association For International Sport for All (TAFISA).

FITEQ President Gábor Borsányi signed the Brighton Declaration during a signing ceremony at the Smart Cities and Sport Summit in Tokyo last week, committing to upholding 10 principles that enable women and girls to freely and safely participate, compete and build careers in sport.

Developed and established by the International Working Group on Women and Sport in 1994, the Brighton Declaration is an international treaty that supports the ongoing development of a more fair and equitable system of sport and physical activity, fully inclusive of women and girls.

During the Summit, Erika Borsányi Kruppa spoke on behalf of the FITEQ Women's Committee and highlighted the Committee's plans to help develop women players, coaches and sports leaders.

"Teqball was created as a sport for all," said Gábor Borsányi.

"It has always been our mission to ensure that teqball can be played by anyone, no matter their gender, age, nationality or ability,

"That is why it is so important to us that we do everything possible to make sure teqball is inclusive and accessible.

"We are proud to be among the signatories of the Brighton plus Helsinki Declaration on Women and Sport, but more important than signing this declaration are the principles we have committed to upholding to provide better opportunities for women and girls."

FITEQ's commitment to inclusivity was further reinforced when TAFISA announced the Federation as a member during its General Assembly in Tokyo.

"We are honoured to be recognised and endorsed by TAFISA," Borsányi said.

"Working with our partners we can ensure a better future through sport."