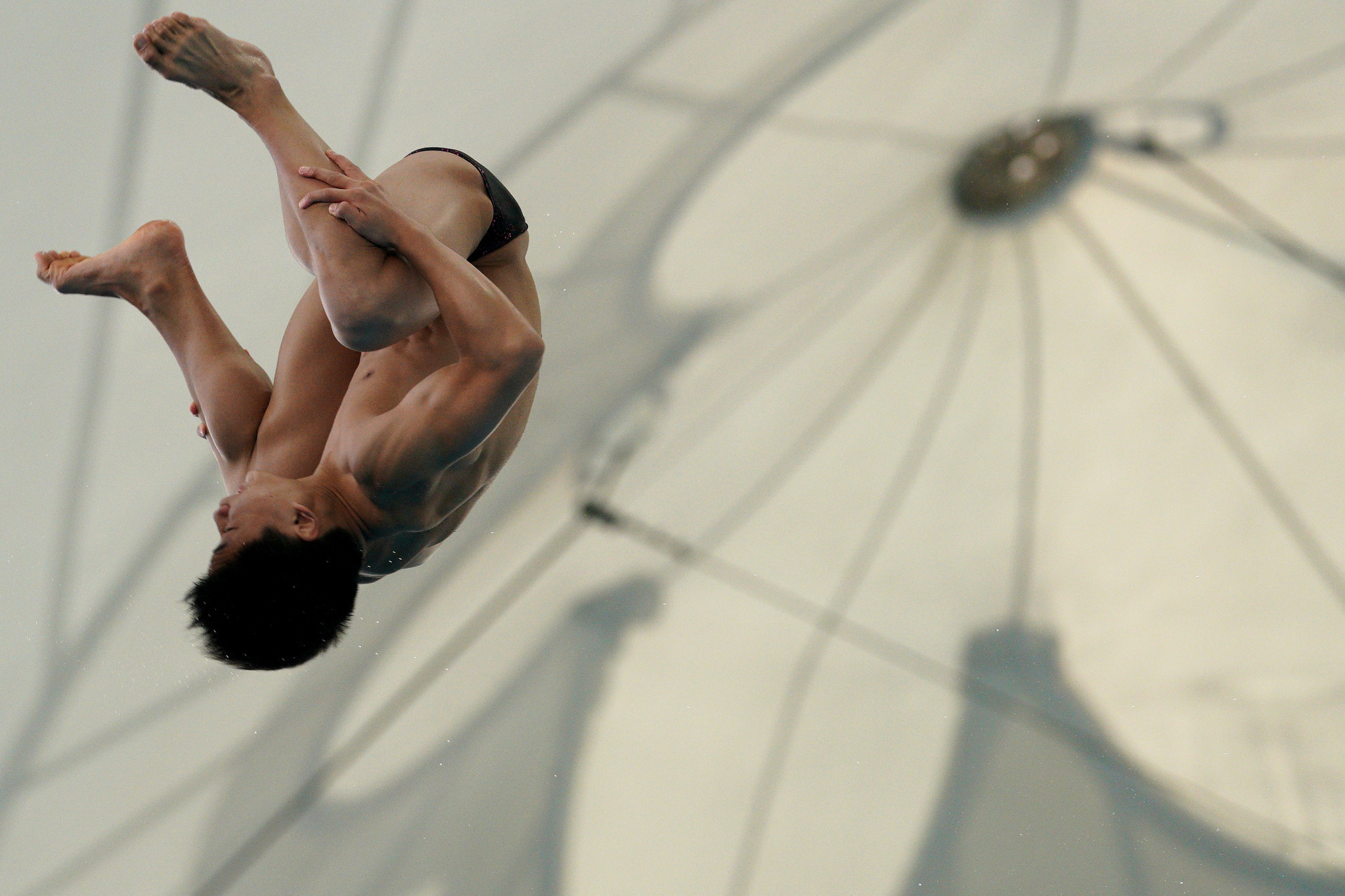 Rikuko Tamai of Japan finished second on 452.75 points and Diego Balleza Islas of Mexico third on 451.75.

China's second gold medal of the day came in the women's 3m springboard through Huang Xiaohui, who scored 365.40 points.

Michelle Heimberg of Switzerland was the silver medallist with 320.05 points and Mikami Sayaka of Japan scored 303.15 to take bronze.

Chinese duo Du Yinying and Tang Yixuan then topped the podium in the women's 10m synchronised platform with 320.94 points.

They were followed by Matsuri Arai and Minami Itahashi of Japan on 309.66 points and Andrea Spendolini Sirieix and Josie Zillig of Britain on 269.22.

Gwendal Bisch and Alexis Jandard were the only non-Chinese athletes to earn a gold medal.

Tai Xiaohu and Zhang Chao of China were second with 404.25 points and Viacheslav Novoselov and Evgenii Novoselov of Russia were third with 390.12.