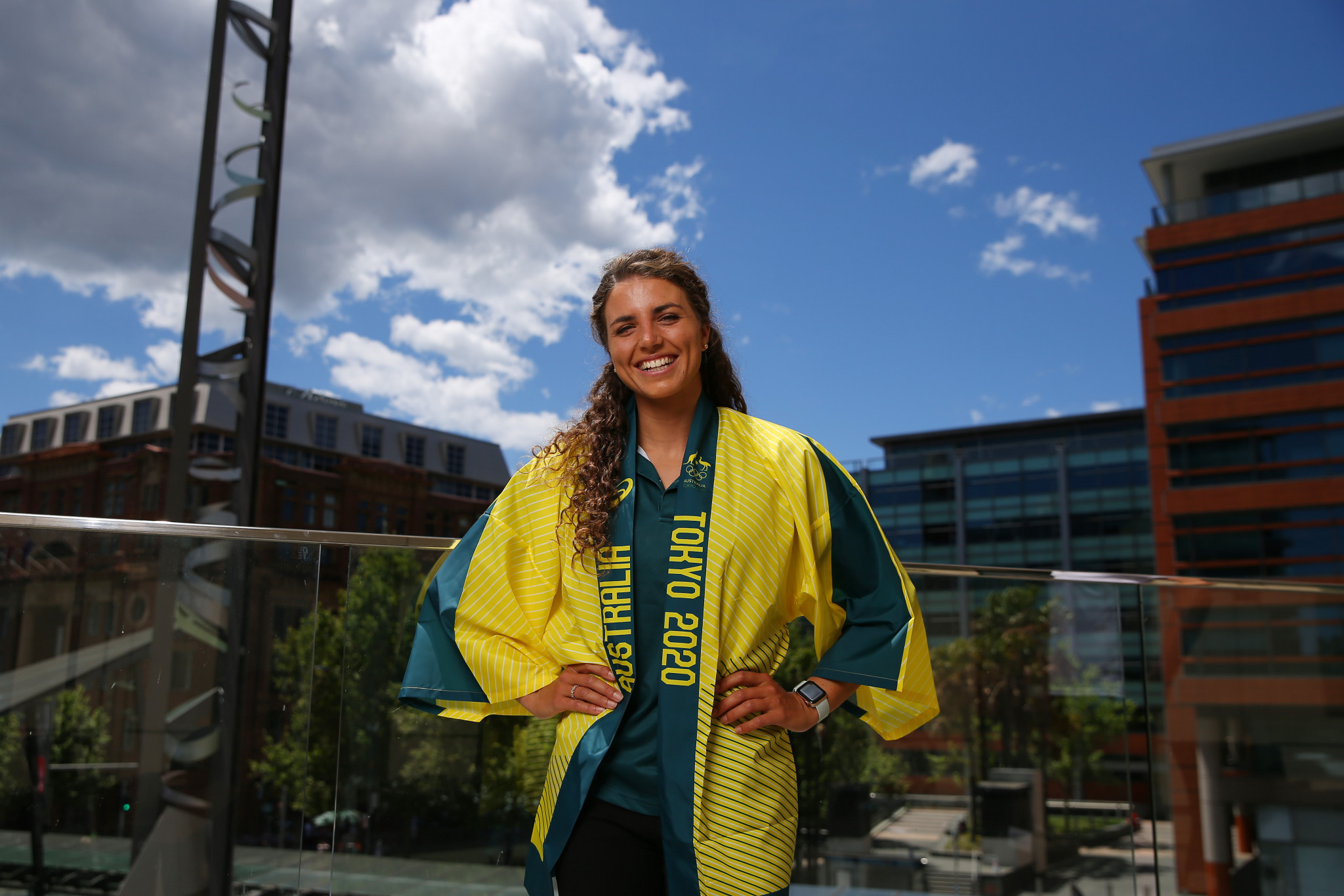 Canoeist Jessica Fox has become just the fifth athlete to be named in the Australian team for next year's Olympic Games in Tokyo.

Tokyo 2020 will represent a third consecutive Olympics for the 25-year-old Fox, winner of the silver medal in the K1 event at London 2012 and bronze in the same event four years later in Rio de Janeiro.

The slalom specialist will enter both the K1 and CA1 event next year after winning the 2019 overall International Canoe Federation World Cup titles and medalling in both disciplines at the World Championships.

"I still can’t believe it will be my third Olympics," Fox said after hearing of her selection for Tokyo.

"It’s just as exciting as my first, but I can go in now knowing what to expect.

"Thinking of the Opening Ceremony gets me so pumped and inspired.

"I left the London 2012 Opening Ceremony with sparkles in my eyes and goosebumps that lasted the rest of the Games, then getting to walk behind [cyclist and Australian flag bearer] Anna Meares in Rio and be part of that atmosphere was amazing - to know I’ll get to do it again in Tokyo is an incredible feeling."

To coincide with her Team Australia appointment, Fox has also been crowned as the 2019 Paddler of the Year by Paddle Australia.

Fox was joined at the awards by Paralympic champion Curtis McGrath, who was announced as the Federation's Paracanoeist of the Year.

"Jess is a phenomenal athlete and ambassador for Olympic sport and it is fantastic to announce her selection to the Tokyo 2020 team," said Australia’s Tokyo 2020 Chef de Mission Ian Chesterman.

"Jess has an incredible record across her Olympic and World Championships career and I look forward to seeing Jess pursue her goals in Tokyo.

"With her selection now secured, Jess can focus on her preparations for next year."

"I’ve known Jess since she was two-years-old and it has been wonderful following her journey growing into the world’s best canoe slalom paddler as well as the strong and inspiring woman she has become," said McQuitty.

"She is not only one of the world’s best athletes, but a champion on and off the water who is inspiring the next generation of girls in our sport and beyond."

The 470 class sailors Mathew Belcher and Will Ryan have also been already selected for Tokyo 2020 by Australia, alongside laser class sailor Matt Wearn and long distance swimmer Kareena Lee.