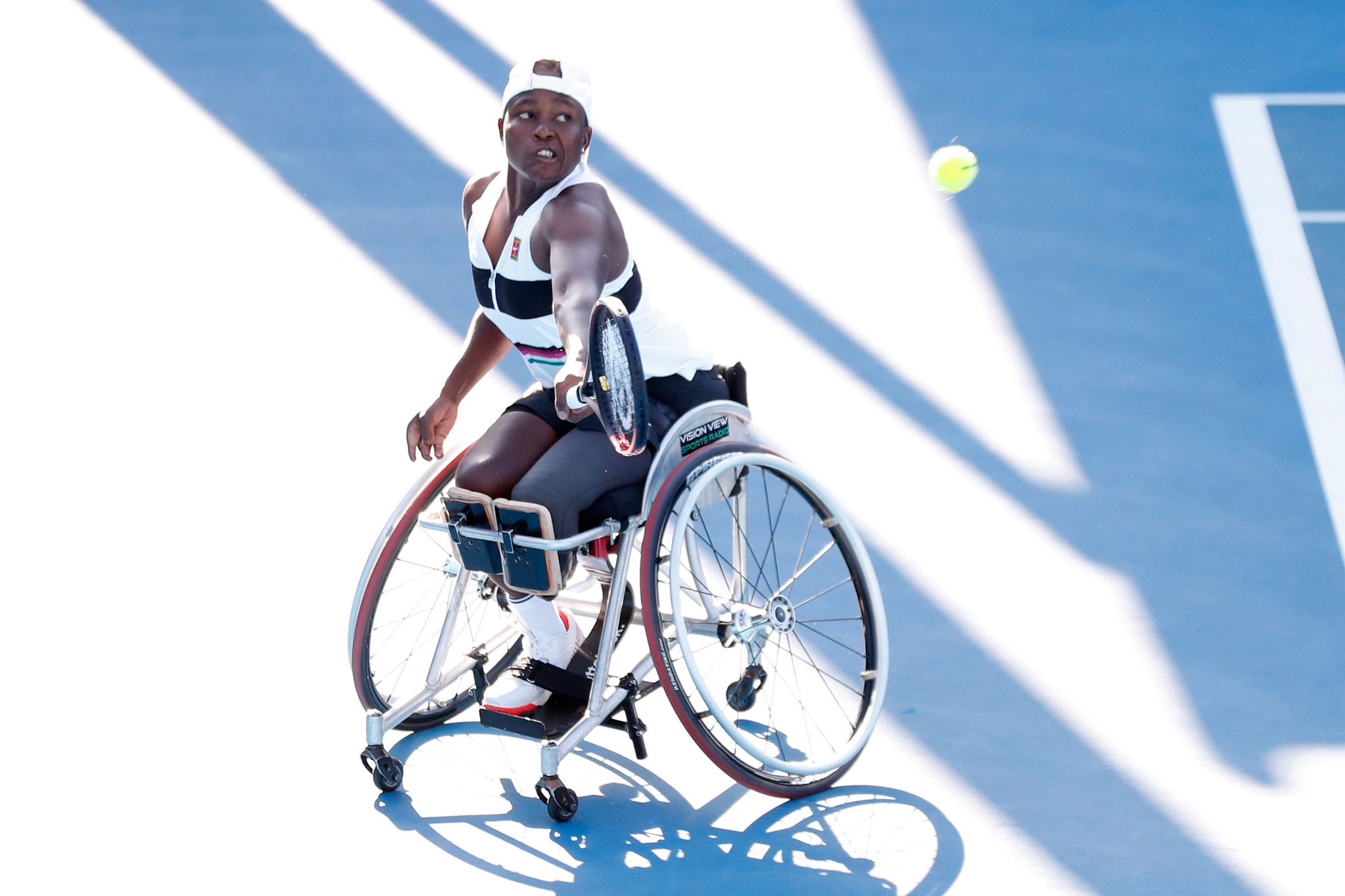 Montjane came from behind to triumph 5-7, 6-0, 7-5 at the expense of the reigning Wimbledon champion at the United States Tennis Association National Campus.

The win means that 2014 champion Van Koot is now unable to reach this year's women's singles semi-finals after being beaten by Great Britain's Jordanne Whiley in her opening Group B match on Tuesday (November 19).

Instead, Montjane will now go forward to meet Whiley in a winner-takes-all round-robin match tomorrow to decide which of them will join Group B winner Yui Kamiji of Japan in the knockout phase of the competition.

Kamiji secured top spot with a 7-6, 6-4 victory over Whiley.

"I’ve been knocking on this door for a while, trying to get these big wins, so today's match was a really positive one," Montjane said.

"It gives me more energy to now looking forward to trying to get into the semi-finals and I’m just glad I could wrap it up.

"I think the secret was just staying mentally strong and not giving out a lot.

"That's been my habit, making a lot of unforced errors.

"So just keeping the ball in court was what really worked for me and it really kept me in the match, along with just believing in myself."

In Group A of the women's singles event, world number one and defending champion Diede de Groot booked her place in the last four following a 6-1, 6-3 win over fellow Dutchwoman Marjolein Buis.

Buis and China's Zhenzhen Zhu go into the final round-robin matches on Saturday with a win apiece after the latter's 6-1, 6-4 victory over former finalist Sabine Ellerbrock of Germany.

World number one Gustavo Fernández of Argentina and world number two Shingo Kunieda of Japan maintained their 100 per cent records in the men's singles.

Fernández earned his place in the semi-finals by defeating 2017 champion Alfie Hewett of Britain 6-4, 6-3 in Group A, while Kunieda overcame reigning champion Joachim Gérard of Belgium 3-6, 6-2, 6-4 in Group B in a reverse last year's final.

Olsson will go up against Hewett on Saturday to decide who joins Fernández in advancing to the semi-finals.

Peifer and Gérard go into their respective contests with one win apiece so far.

In Group A of the men's event, last year's runners-up Gérard and Olsson overcame defending champions Houdet and Peifer 5-7, 6-2, 6-3 to make it two wins out of two, while the US' Chris Herman and Conner Stroud had a walkover victory against Fernández and fellow Argentinean Agustín Ledesma.

Hewett and Reid continued their perfect start to Group B by beating The Netherlands' Tom Egberink and Maikel Scheffers 4-6, 7-5, 6-3 and there was also a 6-4, 3-6, 6-0 win for Dutchman Ruben Spaargaren and Belgium's Jef Vandorpe against Spain's Daniel Caverzaschi and Martín de la Puente.

In the quad doubles, South Korea's Kim Kyu-Seung and Japan's Koji Sugeno ensured their place in the final after overcoming Britain's Andy Lapthorne and The Netherlands' Sam Schroder 1-6, 7-6, 6-3, while 11-time champions Nicholas Taylor and David Wagner of the US suffered elimination following a 3-6, 6-3, 3-6 loss at the hands of Australia's Heath Davidson and The Netherlands' Niels Vink.