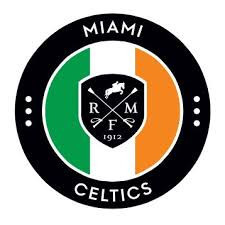 Great Britain's William Whitaker and the Irish duo of Michael Duffy and Shane Breen combined to finish on a score of four at the Czech capital's O2 Arena.

Third spot was taken by Chantilly Pegasus, whose team was made up of France's Roger-Yves Bost and the Belgian pair of François Mathy Jr and Constant van Paesschen.

Last was best today at the #PraguePlayoff Quarterfinals, where the boys in green—Michael Duffy, William Whitaker, & Shane Breen—led the day to finish on a score of 4...Semi Finals here we come! 🍀💪 pic.twitter.com/0EKzgiMWpZ

As the bottom four teams, Hamburg Giants, New York Empire, Berlin Eagles and Doha Falcons have all been knocked out of the competition.

The semi-finals are due to take place tomorrow.

The GC Prague Playoffs also include the season finale of the Longines Global Champions Tour (LGCT), bringing together the world's greatest showjumping talent.

The LGCT Super Grand Prix is scheduled to be held on Saturday (November 23).